Coming under BCCI, the turning point for women's cricket in India: Mithali Raj 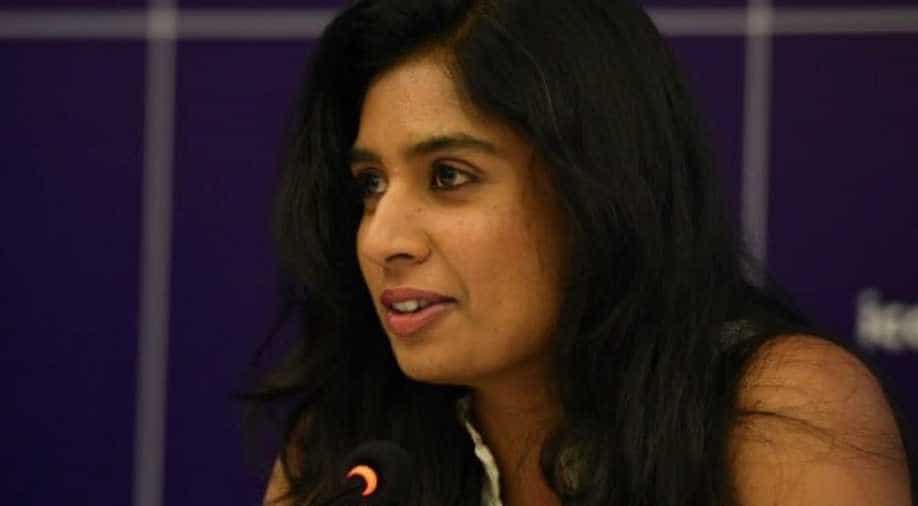 MIthali Raj's remarks came after she decided to retire from T20I format.

Mithali Raj, known as the pioneer of women's cricket in India feels that coming under the Board of Control for Cricket in India (BCCI) was a turning point for the women's sport in the country. Her remarks came after she decided to retire from T20I format.

"Well, I think the turning point, in my opinion, has to be 2006 as in that year we came under BCCI. With that a lot of facilities were provided to us, a lot of things changed for good and better. Since then, there has been a gradual improvement in respect to the access in facilities like NCA and an increase in the support staff," Raj, in an exclusive interview, told ANI.

"Lot more matches and international series started to get scheduled for us and also contracts came into effect which gave security to the players and they were able to focus on their game," she added.

The 36-year-old chose to retire from the T20I format on Tuesday, September 3.

She did not see herself playing the T20 World Cup in Australia next year, so she thought of grooming players for the upcoming tournament.

Earlier this year, she made up her mind to retire from the format and would want the 50-over World Cup in 2021 to be her swansong.

"This decision was taken in January itself during the New Zealand tour. I had told the coach WV Raman and chairman of selectors about my decision. The captain also knew about that. All the people who were needed to be told about my decision were informed. 2021 World Cup would definitely be my swansong. I am looking forward to preparing for the World Cup," Raj said.

"I did not see myself playing the T20 World Cup next year in Australia. I thought I should make the coach aware of my plans so that he can think of an alternative for the team and starts preparing the side likewise. I wanted to give him that time where he can try various players to get experience into the side," she added.

In 2016, the cricketer was dropped from the T20 World Cup semi-final match against England. There was a clear rift between then coach Ramesh Powar and Raj.

She had also alleged that Powar publically humiliated her. But when asked if her fallout with the coach had an impact on her decision, Raj batted the question with a cricketer's precision.

Raj has had a wonderful T20 career and also became the first Indian to score 2000 T20I runs.

The cricketer who made her T20I debut in 2006 said that the game has witnessed many changes since then and the introduction of various leagues across the globe has given wonderful players to the sport. She also said that she would look to play the Women's IPL next year as the league is the country's own.

"I think it definitely has improved since 2006 because of the consistency of matches. So many players coming in with the onset of various leagues and it has helped in the growth of the sport," Raj said.

"Well, not necessarily the other leagues but yes I look forward to the Women's IPL because it is our own league and I would love to be part of it," she added.

Women's cricket continues to attract more and more admirers each passing day. But getting Test matches scheduled for the women teams still remains a challenge as the prime focus looks to be on the shorter formats.

Raj said that the International Cricket Council (ICC) is promoting the women's game globally and are doing whatever is best for the sport.

"I think at some level the ICC is trying to promote the women's game globally and that requires them to focus more on ODI and T20I cricket. They are trying to revive the game. Maybe once women's game is able to find good standing among fans, then they can focus on Test cricket but as of now with T20 World Cup and ODI World Cup, I do not think boards will look into Test matches," Raj said.