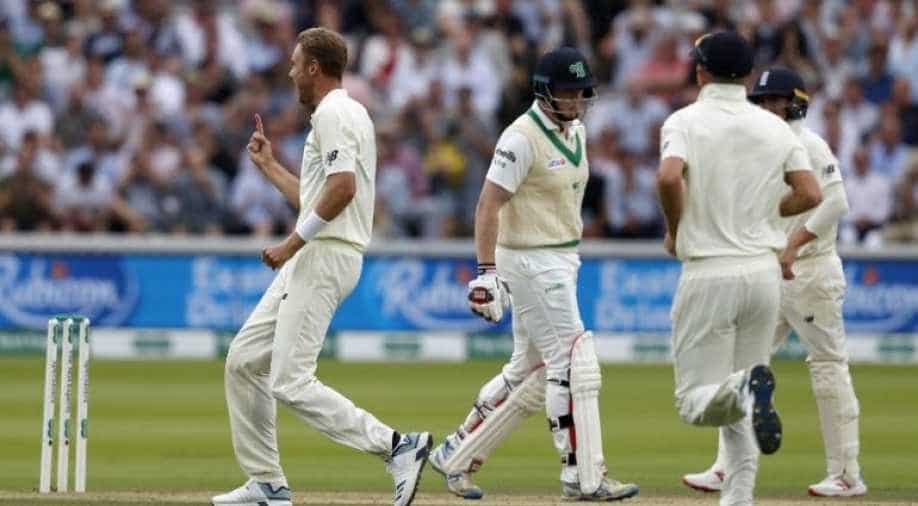 For Ireland, James McCollum scored 11 runs, maximum for the team and the only to score two digits

Pacer Chris Woakes took a six-wicket haul for 17 runs as England defeated Ireland by 143 runs in the one-off Test match at Lord's on Friday.

Woakes delivered a brilliant performance and took six wickets to shatter Ireland's dreams of maiden Test win. Stuart Broad was also stunning from the other end as he took the rest of the wickets.

After a rain delay, Ireland, chasing 182 for victory, began in encouraging fashion, reaching 11 without loss, but they lost the balance after 9th over and posted the lowest ever Test innings total at Lord's. The visitors were all all-out after scoring just 38 runs.

For Ireland, opener James McCollum scored 11 runs, maximum for the team and the only to score two digits.

England bowl Ireland out for just 38!

This was only Ireland's third Test match and they were seeking their maiden victory in the format following defeats by Pakistan and Afghanistan.

Next England will gear up for a five-Test Ashes series against Australia, which is scheduled to start from August 1.

IOC reacts to reports of Tokyo Olympics getting cancelled, says it is 'categorically untrue'