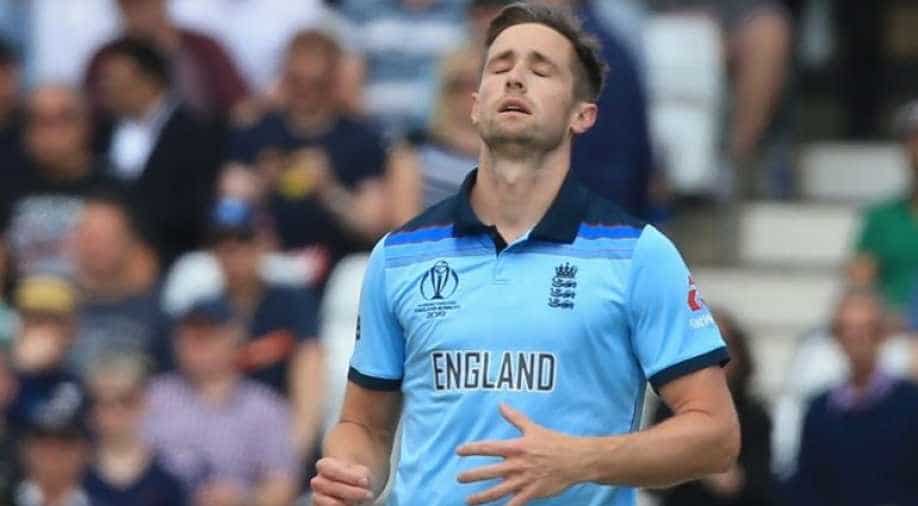 Chris Woakes saluted England's "incredible" eight-wicket demolition of Australia as the hosts swaggered into their first World Cup final since 1992.

Woakes won the man-of-the-match award at Edgbaston after taking 3-20 in a lethal eight-over spell that included the key wicket of opener David Warner.

Thanks to Woakes and fellow pacemen Jofra Archer, Australia collapsed to 14-3 and never really recovered as they were dismissed for 223.

England took just 32.1 overs to reach their victory target and book their final date with New Zealand at Lord's on Sunday.

Woakes admitted it was a perfect day for England, who have never won the 50-over World Cup.

"I'm pretty speechless. It was an incredible performance from the whole team, started well with the bowling and then the batting was outstanding," Woakes told Sky Sports.

"The way we have produced the goods shows how good we are and we're really pleased.

"I don't think it was a bad wicket, we just found the right length and they had to rebuild and we kept the pressure on.

"We got off to a flyer and when chasing a relatively small total, that's the difference."

Woakes admitted England's stars had been nervous ahead of their country's first World Cup semi-final since 1992, but they quickly banished the butterflies with a blistering start.

"There were some nerves around this morning, a few anxious people in the dressing room but that's natural," Woakes said.

"I just got my length wrong for the first ball. A world-class player in David Warner is going to put that away. But I got my length right after that and felt good."

England have lost all three of their previous World Cup finals, against Pakistan in 1992, Australia in 1987 and the West Indies in 1979.

Asked how it felt to help take England to within touching distance of their first World Cup crown, Woakes said his team had tried their best to block out the potentially historic nature of their campaign.

"We have tried not to think about getting to the final, it hasn't sunk in yet," he said.

He added: "We were tipped as favourites so it was important to get to the semi-final in the first place and then to win this in this fashion against this Australia side on the best ground in the world is amazing."