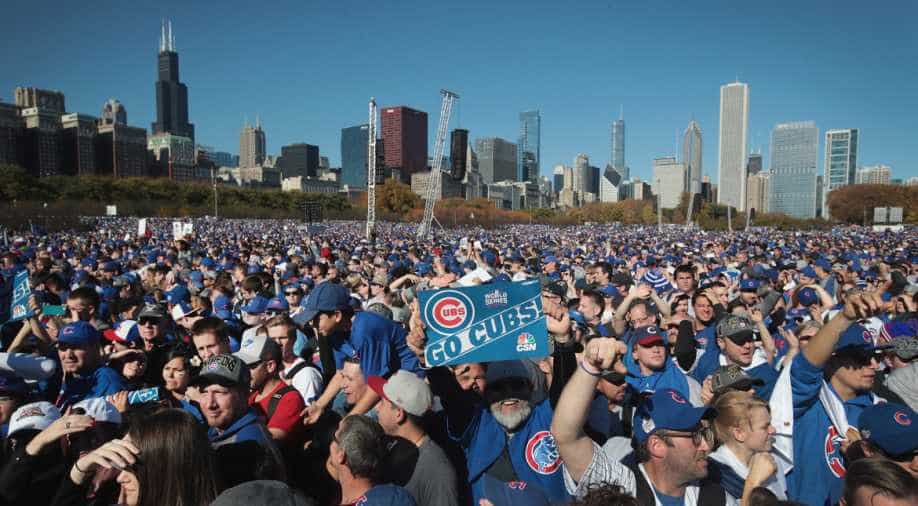 The Chicago Cubs won their first World Series championship in 108 years, and the city was excited. Actually, a lot of people outside the city, too.

An estimated over five million people attended the victory parade -- an incredible feat, considering Chicago only has 2.7 million inhabitants.

The Cubs players rode on double decker busses down streets lined with hundreds of thousands of screaming fans, travelling down a seven-mile route in the downtown area to Grant Park, where a rally was held.

According to a list by The Telegraph, this parade ranks among the seventh largest gathering of human beings in one place, ever.

Given the hordes of people with Chicago's famous skyscrapers looming in back, and the river of its vaunted waterfront dyed blue in honour of the Cubs, the pictures are pretty incredible. Take a look:

The Chicago River has been dyed blue for the Cubs pic.twitter.com/xDt3bvyLRp