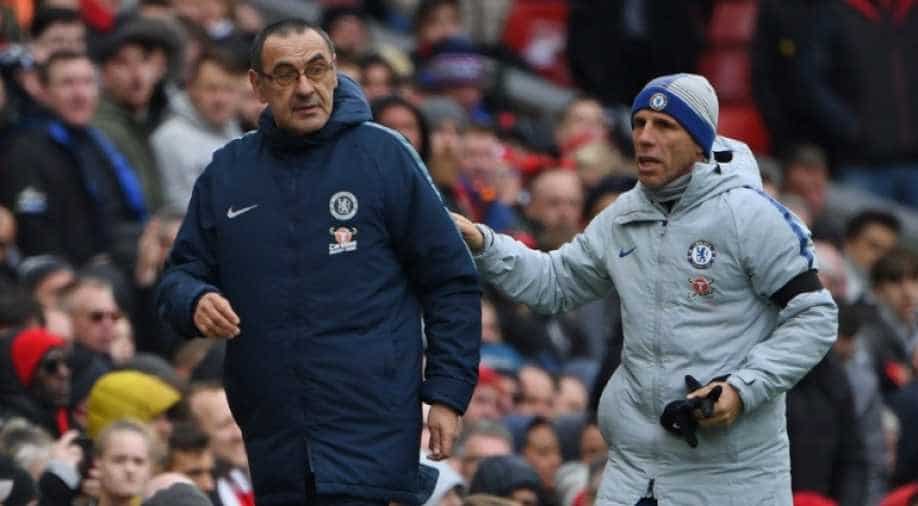 Chelsea head coach Maurizio Sarri did not attend the post-match media conference after his side missed out on the chance to go into third place in the Premier League standings after they were held to a 2-2 draw by Burnley on Monday.

Gianfranco Zola, who appeared at the press conference rather than Maurizio Sarri, explained the reason why the Italian boss refused to face the media.

Zola said that Sarri was "very frustrated" when he was sent to the stands by th referee at the end of the match.

"The reason is (he is) very frustrated and so he preferred not to come over here, is being sent off. I think he's been offended as well, so he didn't feel that it was the right thing to do to come over here to talk to you," said Zola.

"I know that you wanted him, but you can understand he is frustrated about the game. Frustrated because he's been sent off and for the other thing I told you before and so he preferred not to, not to come over here," he added.

In the match, Burnley took an eighth-minute lead following a stunning volley from Jeff Hendrick, but Chelsea replied with two goals in as many minutes from N'Golo Kante and Gonzalo Higuain.

Burnley stuck to their guns and Ashley Barnes equalised in the 24th minute.

That was that in terms of goals - Chelsea struggled to convert their superior possession into tangible chances in front of goal over the rest of the game and frustration boiled over towards the end.