'Chasing is a situation where...'- Virat Kohli reveals his mindset during run-chases 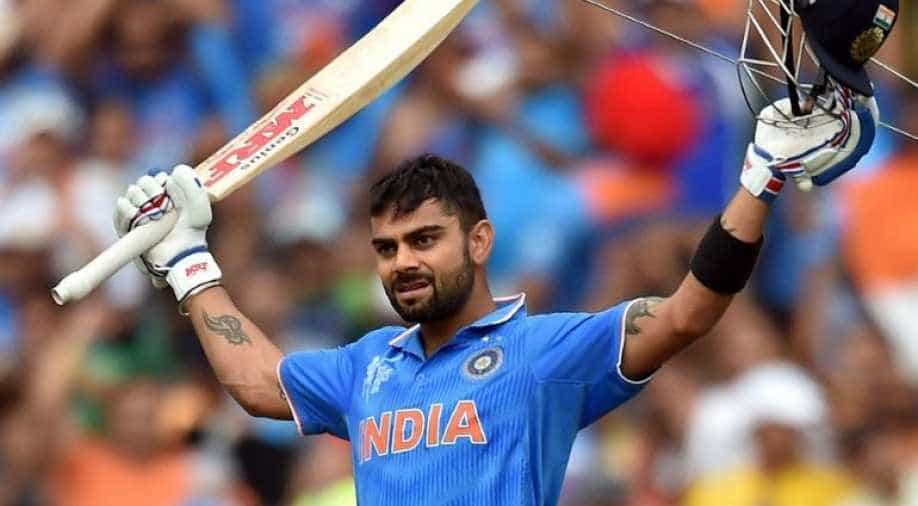 'Chasing is a situation where...'- Virat Kohli reveals his mindset while chasing targets Photograph:( AFP )

Virat Kohli has given a sneak peek into his mindset as the Indian skipper revealed how he plans to chase down big targets to Bangladesh opener Tamim Iqbal.

Indian cricket team’s captain Virat Kohli has an impeccable record with the willow across formats. While the swashbuckling batsman is already regarded as one of the greats of the game, Kohli’s batting touches a new peak whenever India is chasing a target, especially in the limited-overs format. Now, Kohli has given a sneak peek into his mindset as the Indian skipper revealed how he plans to chase down big targets to Bangladesh opener Tamim Iqbal.

Kohli agreed that whenever an opposition player instigates him to play an aggressive shot or sledges him, he gets motivated even more. Kohli added that during his childhood, he used to think that he could have won the match for India whenever the Men in Blue used to suffer defeat.

The Indian skipper emphasized that no target is impossible to chase and all depends on how a player builds his innings and partnership.

"When it comes to chasing targets, my mental state is simple -- if someone says something to me from the opposition side, then I get more motivated. When I was younger, I used to watch matches on television. If India did not end up winning the match while chasing targets, I used to think if I was there, I would have won the match," Kohli said in a Facebook Live session with Tamim.

"Chasing is a situation where you know how many runs you have to score. For me winning is important. While chasing I think I can walk out not out. At that time I think I can make the team win. If the target is 370/380, I never feel like that it cannot be done," he added.

The 31-year-old further gave an insight to how he along with Suresh Raina chased down 330 odd runs in 40 overs against Sri Lanka as he said that they divided 40 overs into two T20 matches and got going.

"There was a game in Hobart against Sri Lanka, where we had to chase 330 odd in 40 overs to qualify for the finals. I discussed with Raina that we will set up the chase as if we are playing two T20 matches," Kohli said.

Kohli holds the number one rank in ICC ODI rankings for batsman while being in the second spot in Test cricket.