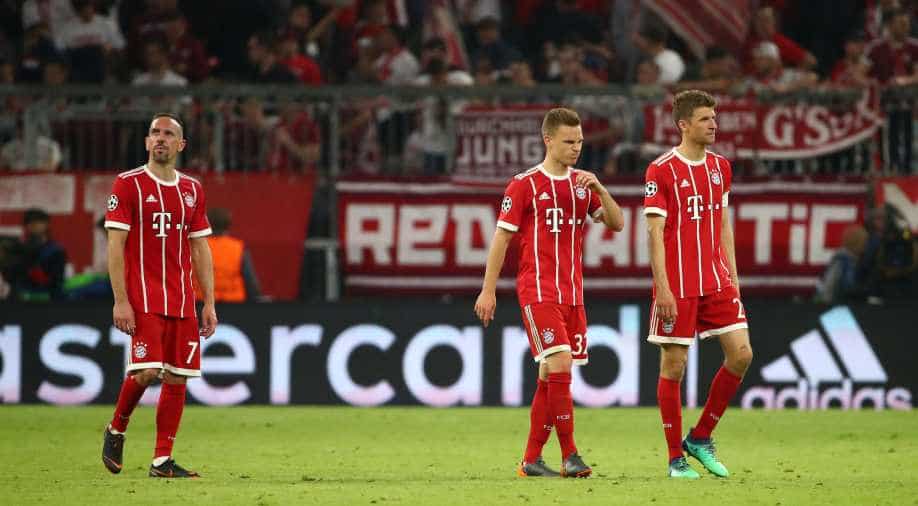 Bayern Munich players were left shaking their heads after Real Madrid made the most of their few opportunities to earn a 2-1 comeback victory in the Champions League semi-final first leg on Wednesday.

The Bavarians, chasing a treble of titles, squandered a succession of good chances while the Spaniards were ruthless, scoring with Marcelo's opportunist long-range shot and catching the Germans on the breakthrough Marco Asensio after a bad mistake by Bayern's Rafinha.

"I don't know how we managed this," Bayern's Thomas Mueller told reporters. "We compensated well after the early injuries (to Arjen Robben and Jerome Boateng) and we were really good.

"But we were too naive and we did not make the chances we got, we just did not do it tonight. How Real did this is their thing but we certainly played our part in that."

"We had a lot of really, really good chances and in the Bundesliga we usually just say thank you," Mueller said.

"Here maybe the importance of the game played a part. It hurts but it shows there is still some things to do in the second leg.".

Bayern went close through Franck Ribery, Robert Lewandowski and Mueller after Joshua Kimmich had put them ahead in the 28th minute.

The Germans have only themselves to blame for not killing off the game before Asensio scored the winner in the 57th minute to give Real a significant advantage for the return leg.

The Bavarians have been eliminated by Spanish clubs in the competition in the past four seasons, including Real last year.

"We did not convert our many chances and Real shot twice on goal and scored," Kimmich said.

"Real threatened only twice and scored twice. We had eight or nine chances. So many huge chances we did not even have against Hanover 96 last week."

"Now Real won 2-1, they are slight favourites but we will give it everything," Kimmich added.