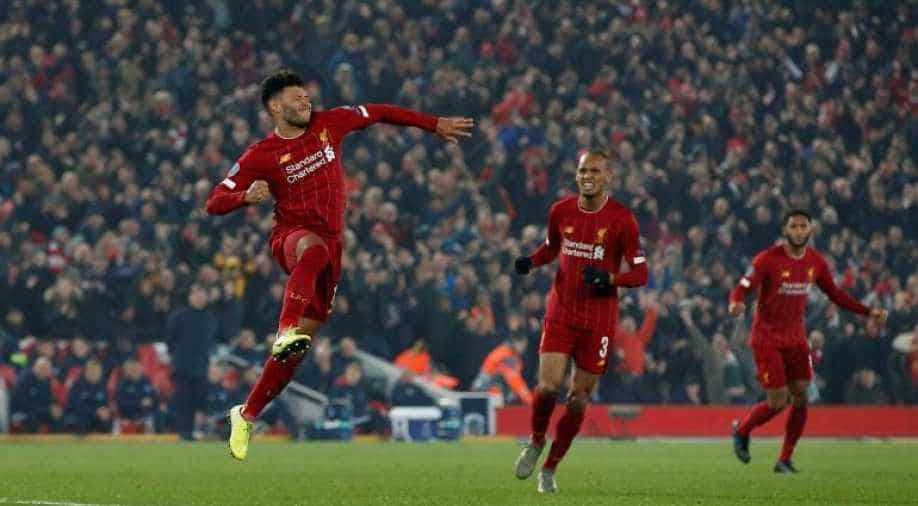 Liverpool top Group E with nine points after Napoli, who have eight, and Salzburg, on four, drew 1-1 in Italy.

European champions Liverpool moved a step closer to qualifying for the Champions League knockout stage with a laboured 2-1 win over Belgium's Genk at Anfield on Tuesday.

Liverpool, who fielded a weakened side ahead of Sunday's top-of-the-table Premier League clash with Manchester City, top Group E with nine points after Napoli, who have eight, and Salzburg, on four, drew 1-1 in Italy.

Liverpool took an early lead through Georginio Wijnaldum before Ally Mbwana Samata levelled in the 41st but Alex Oxlade-Chamberlain got the winner eight minutes into the second half.

"Every game is tough in the Champions League. It's a boring saying but it's true. We need to finish the job now. We are in a good position," said left-back James Milner.

Napoli visit Anfield on November 27 with Liverpool hoping to guarantee qualification for the last 16 before their final group game at Salzburg on December 10.

Liverpool manager Juergen Klopp named forwards Roberto Firmino and Sadio Mane as substitutes, giving a start to Belgian striker Divock Origi against the club where he began his career as a youth player.

The home side took the lead in the 14th minute with a close-range effort from Wijnaldum after James Milner's low cross from the left bounced off Sebastien Dewaest and fell to the Dutchman who scooped home.

Klopp's side had several chances to extend their lead but lacked the killer touch in front of goal with Mohamed Salah below his usual level of sharpness, wasting a good chance by blasting wide after another slip-up from Dewaest.

However, against the run of play, Liverpool were pegged back four minutes before the break, when Tanzanian striker Samatta met Bryan Heynen's corner with a superbly-angled near-post header.

Again, Liverpool were on top after the interval, with Origi missing a good chance and Virgil van Dijk flashing a header just wide.

Oxlade-Chamberlain, playing in a less familiar advanced role, restored the hosts' advantage in the 53rd, collecting a neat pass from Salah on the edge of the box and beating Genk keeper Gaetan Coucke with a low drive on the turn.

Liverpool were comfortably in control from then on but keeper Alisson Becker had to be alert nine minutes from the end to push out a dangerous shot from the impressive Heynen.

Genk, who remain without a win in the group stage and are bottom with one point, can take some heart from a performance which caused Klopp's side plenty of frustration at an unusually quiet Anfield.

"With a bit of luck, it could even have become 2-2," said Genk defender Casper De Norre. "Conceding only two goals at Anfield is not too bad. You know you're put under pressure, that is something you can never avoid here."