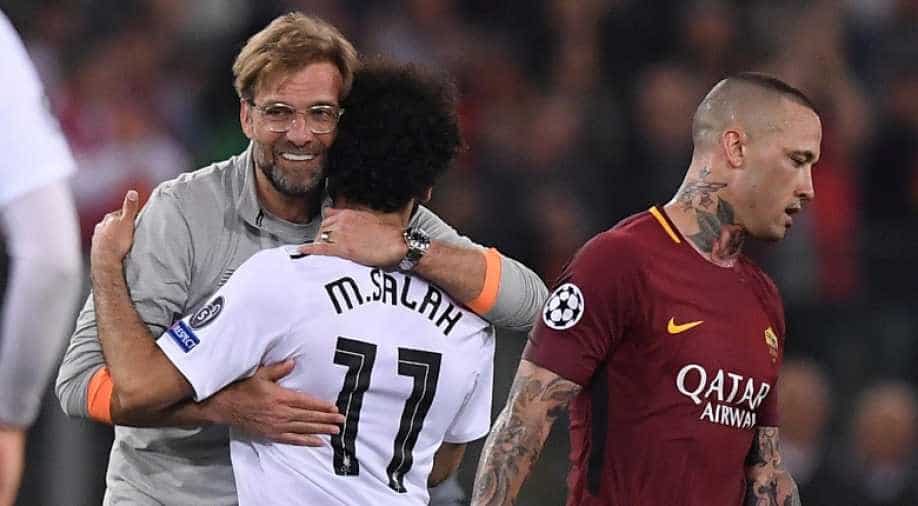 The five-times European champions, who now will face holders Real Madrid in the May 26 final.

AS Roma fought hard till the end but it was not enough to stop Liverpool from advancing to the finals of the Champions League at the Stadio Olimpico on Thursday night.

Klopp's team went down 2-4 to a resurgent Roma who were determined to show their home fans they could overcome the 3 goal deficit of the first leg at Anfield as Radja Nainggolan struck late with 2 goals, but it was not to be as the visitors held off to win the game on a 7-6 aggregate.

The five-times European champions will now face holders Real Madrid in the May 26 final.

Liverpool's Sadio Mane struck in the ninth minute to put them in front but an own goal from James Milner put the Reds back. Georginio Wijnaldum header then put Liverpool back in front but Edin Dzeko levelled it for Roma early in the second half.

Nainggolan struck again in the 86th minute to make it tantalising close for the hosts but the Italians left it too late as Liverpool held their nerves to advance with a single goal advantage having won at home with a 5-2 scoreline.

"We are deserved finalists 100 percent," said Liverpool manager Juergen Klopp. "You don’t come without luck. We needed it only one time tonight. "The boys deserve it, the character they showed, the football they showed -- it was just crazy. I forgot the score. It was 7-6 right? Unbelievable."

"Liverpool did not rob us of anything. They demonstrated they were a great team with some very great players," Roma coach Eusebio di Francesco said.

"The team that won, won on the details where we were not so good."

Liverpool last won the coveted trophy in 2005 and made it to the finals in 2007, they will now meet Cristiano Ronaldo's Real Madrid at the NSC Olimpiyskiy Stadium in Kiev, Ukraine later this month.