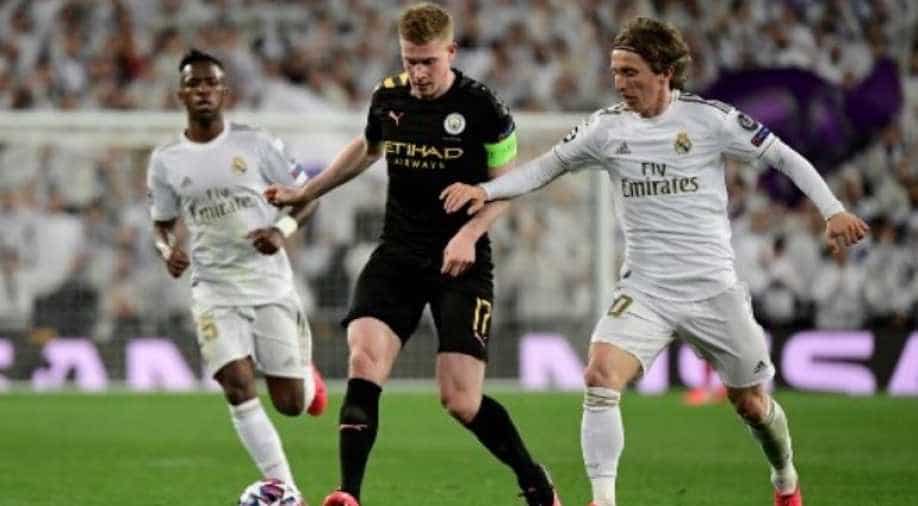 Kevin De Bruyne's penalty sealed off a 2-1 victory over Real Madrid at Santiago Bernabeu in the first leg of the Round of 16 in the Champions League.

Manchester City was the better team on pitch during the match and missed a big chance in the 21st minute after Kevin De Bruyne, and Jesus failed to go past Courtois but conceded a goal struck by Isco in the 60th Minute.

🔵 Manchester City have beaten Real Madrid for the first time in their history 💪#UCL pic.twitter.com/cw0eVart0E

Gabriel Jesus scored an equaliser in the 78th minute after hitting the ball from 12 yards after Carvajal brought down substitute Raheem Sterling.

Manchester City is probably playing their final European Cup before being banned for two years and they are making the most of it.

Guardiola, with just one year remaining on his contract, will look forward to winning the Champions League with the English side.

Real Madrid was on the back foot right from the beginning. They hit 9 shots (3 on target), whereas, Man City struck 16 shots out of which they had 8 on target.

Manchester held 52 per cent of the possession whereas 48 was held by Real Madrid. Sergio Ramos was sent off after a desperate attempt on Gabriel by the Madrid captain to avoid another goal.