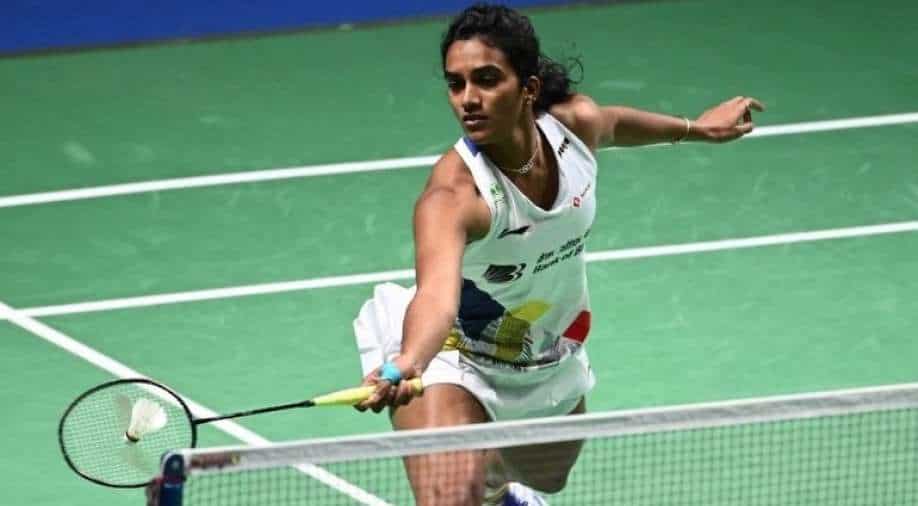 PV Sindhu, the world number seven and a two-time Olympic medalist, had also lost to Tai Tzu in the Tokyo Games semi-finals earlier this year.

Defending champion PV Sindhu was knocked out of the BWF World Badminton Championships on Friday (December 17) after losing in straight games to familiar rival and world number one Tai Tzu Ying, of Chinese Taipei, in the women's singles quarterfinals.

Sindhu struggled to match Tai Tzu's pace, court coverage, and drop shots, as she had done so many times before, despite producing some excellent cross-court smashes.

Sindhu, who also made several unforced errors during the game, was constantly playing catch-up. She was able to accomplish so at one point in the second game, but lost steam later on.

The victory improved the head-to-head record to 15-5 in favour of the Chinese Taipei player. Sindhu, the world number seven and a two-time Olympic medalist, had also lost to Tai Tzu in the Tokyo Games semi-finals earlier this year.

Tai Tzu, on the other hand, avenged her setback against Sindhu at the same level of the 2019 World Championships.

The two players, who are buddies off the court, were even 2-2 early on, but Tai Tzu rapidly altered gears to take an 11-6 lead at the change of ends in the first game.

Sindhu made a strong comeback, closing the lead to 16-18 and then 17-19 with some excellent cross-court smashes. However, the Indian was unable to keep the speed till the end, hitting wide twice and losing the opening game in 17 minutes.

The second game was contested more competitively, but Tai Tzu led 11-8 at the change of ends when Sindhu made a mistake in judgment. But, thanks to two superb smashes for which Tai Tzu had no answer, the margin was reduced to one point at 10-11.

Tai Tzu won the following point, but Sindhu responded with another cross-court smash to make the score 11-12. The Chinese Taipei player subsequently shot the shuttle wide, allowing Sindhu to equalise at 12-12.

The following three points were scored by the nimble-footed Tai Tzu as Sindhu then trailed 13-16 after a failed line call challenge. The Indian then hit the net and was unable to reach a drop shot from her great adversary, leaving her down by five points at 13-18.

Sindhu's unforced errors persisted as she played wide and then missed Tai Tzu's smash to lose the contest and bow out of the competition.