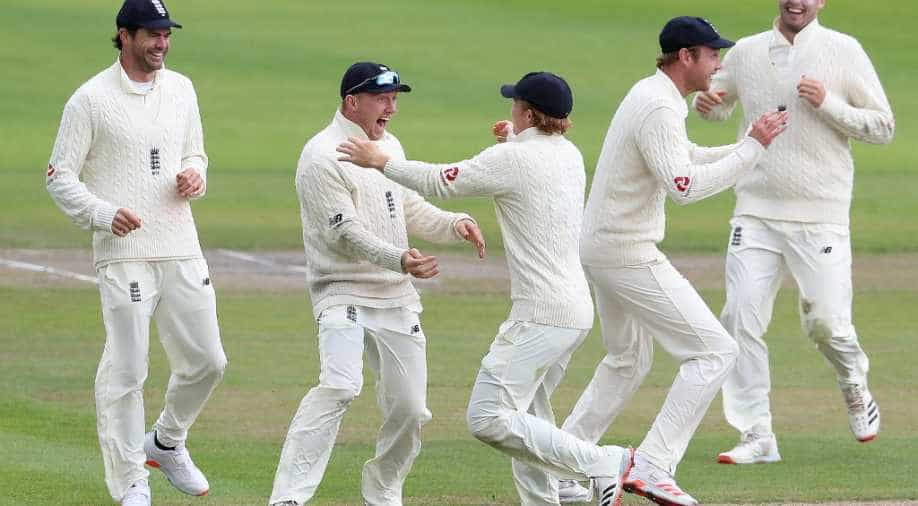 England displayed sheer dominance in the third and final Test of the series against the West Indies as the hosts defeated Jason Holder and Co. by 269 runs to win the series 2-1 after falling short in the Southampton Test.

England displayed sheer dominance in the third and final Test of the series against the West Indies as the hosts defeated Jason Holder and Co. by 269 runs to win the series 2-1 after falling short in the Southampton Test.

Stuart Broad was on fire as he bagged a 10-wicket-haul in the match while also completing 500 Test wickets as he became only the fourth pacer and seventh bowler overall to achieve the feat in the longest format of the game.

The West Indies were decimated by Broad and Chris Woakes, four and five wickets respectively, in the second innings as the visitors were bundled out a paltry 129 with only five batsmen touching the double-digit mark.

West Indies skipper Holder won the toss and to everyone’s surprise, opted to bowl first – a move which failed miserably in both the second and third Test. While English opener Dom Sibley was sent packing for a duck, Rory Burns scored a cracking 57 to lay down a platform for England.

Ollie Pope was arguably the standout batter for the hosts as he smashed 91 off 150 deliveries while Jos Buttler roared back to form with a 67-run knock. Broad, didn’t only shine with the ball, but also did the damage down the order with the bat as he hammered every Windies bowler to score an entertaining 62 off 45 to help England score 369 in the first innings.

In reply, West Indies could manage to score just 197 runs with Broad picking up six wickets. England’s dominance in the second innings was clear as they came out all guns blazing to score 226/2 (decl). Burns

scored 90 while his partner Sibley scored 56 while Joe Root played a terrific knock of 68 not-out off just 56 deliveries.
West Indies were nowhere in the game as they lost wickets on a regular basis and despite the Day 4 being a complete washout, England were able to seal a comfortable victory and get back the Wisden Trophy from the Windies.