'Break the door if it doesn't open': Suryakumar Yadav recalls What Rohit Sharma told him before India call up 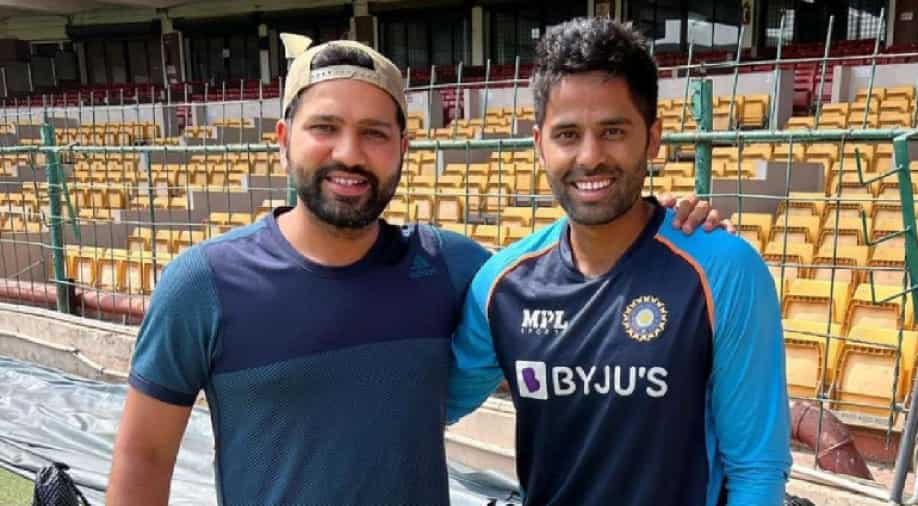 Mumbai Indians and Team India star Suryakumar Yadav recently revealed how Rohit Sharma kept pushing him and motivated him to keep trying before he was selected in the Indian side.

Mumbai Indians (MI) star Suryakumar Yadav recently recalled how skipper Rohit Sharma kept pushing him and motivating him to keep going after his goals when he was not being considered for selection in the Indian team despite his stellar performances in the domestic circuit.

Suryakumar was notching up runs consistently in domestic cricket and in the Indian Premier League (IPL) for a number of years. However, he earned the much-deserved recognition only after being roped in by Mumbai Indians (MI) ahead of IPL 2018. Suryakumar became a vital cog in the middle order for MI and has since been one of the most consistent performers for the franchise.

He played an instrumental role in MI's title triumphs in the 2019 and 2020 seasons following which he earned his maiden India call up last year. Rewarded for his consistency with the bat, Suryakumar went on to don India's jersey for the first time in the home series against England and has since become a permanent member in the limited-overs sides.

Recalling the difficult phase before earning his maiden India call up last year, Suryakumar revealed how Rohit always had his back and kept telling him to keep knocking at the selectors' door. The Mumbai Indians skipper also advised the star batter to break the door with performances if it doesn't open.

"Rohit Sharma was always behind me - pushing me to work hard, he use to tell 'If you are scoring, score again in next game and then one after that also' - keep knocking that door of selection if it doesn't open, break it down," Suryakumar said on Gaurav Kapur's show Breakfast with Champions.

Suryakumar has now played 14 T20Is and 7 ODIs for India amassing 351 and 267 runs in the two formats respectively. He was part of India's squad for the T20 World Cup 2021 last year and is expected to retain his spot in the team for the upcoming T20 World Cup in Australia this year.

The Mumbai Indians star is currently in action for his franchise in the ongoing IPL 2022 after making a comeback from injury and has done well so far in his first few matches. The stylish right-hander has so far notched up 200 runs in just four matches for his side but MI have failed to get their first win in the season having faced five defeats on the trot.