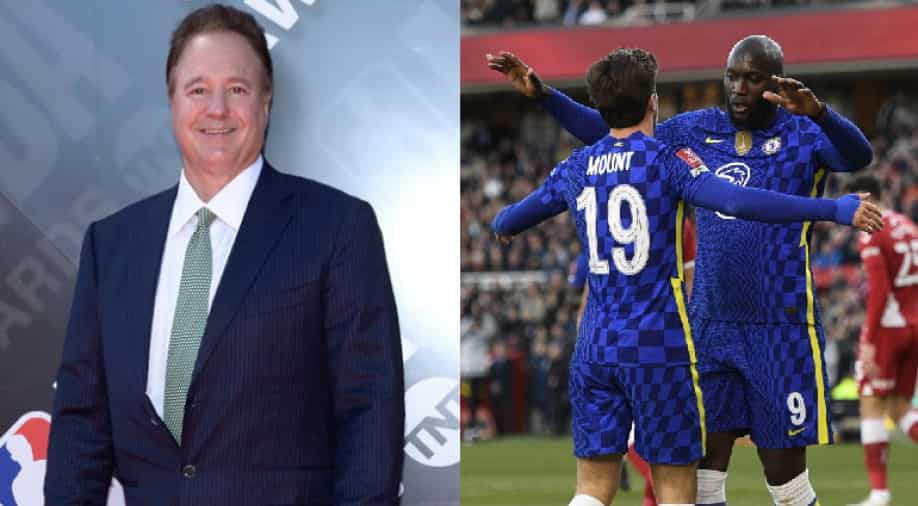 American investor Stephen Pagliuca, who is also the co-owner of NBA team Boston Celtics, has confirmed he is among the bidders to buy Premier League club Chelsea.

American investor Stephen Pagliuca hinted on Tuesday at being prepared to divest his interest in Italian club Atalanta to buy Premier League side Chelsea as he prepares to submit a bid this week.

Pagliuca, who is the joint owner of NBA team Boston Celtics, agreed to buy into Serie A club Atalanta in February, buying 55% of La Dea, the holding owned by Italy`s Percassi family, which owns around 86% of the club.

"Later this week, we will submit a substantial and credible bid proposal – one that we expect will meet the respective requirements and regulations of the Premier League, UK Government and UEFA," Pagliuca said in a statement.

"We pledge to honour our commitment to credibility and good guardianship of Chelsea Football Club from day one."
Under European soccer governing body UEFA`s rules, two clubs participating in the same competition cannot be directly or indirectly controlled by the same entity or managed by the same person.

If two or more clubs do not meet this criteria, only one may be admitted to the competition based on sporting merit and ranking of associations -- in this case, Chelsea.

Both Atalanta and Chelsea played in the Champions League this season, with the Serie A side knocked out in the group stages. Chelsea trail Real Madrid 3-1 in the quarter-finals ahead of Tuesday`s second leg.

The American said his first focus was to invest in the team so they could continue competing for trophies such as the Premier League, Champions League or the Women`s Super League.

"(The Women`s Super League is) the only Super League we intend competing in, for the record," he said, referring to last year`s plans by Europe`s top clubs for a breakaway league fell through.

Pagliuca added he was committed to having Chelsea remain at Stamford Bridge and was "inspired to renovate or redevelop the stadium".

Pagliuca`s bid is one of many short-listed to buy the London club. The Ricketts family, who own the Chicago Cubs baseball team, is another and they strengthened their bid team with the appointment of Lord Karan Bilimoria, the founder of Cobra Beer.

"The move will further boost the bid team`s credentials and its connection with UK business, sport and politics," they said in a statement.

"Lord Bilimoria would join the Board of Chelsea as a Director if the bid is successful. He will act as an ambassador and support the club`s philanthropic programmes."

Bilimoria said he has been a Chelsea season ticket holder for many years.

"When Tom Ricketts approached me to discuss a leading role in his bid group, there was no way I could refuse," he said.

Chelsea were initially put up for sale by owner Roman Abramovich following Russia`s invasion and before sanctions were imposed on the oligarch by the British government, effectively giving it control of the club. The club`s sale is being overseen by U.S. bank Raine Group.