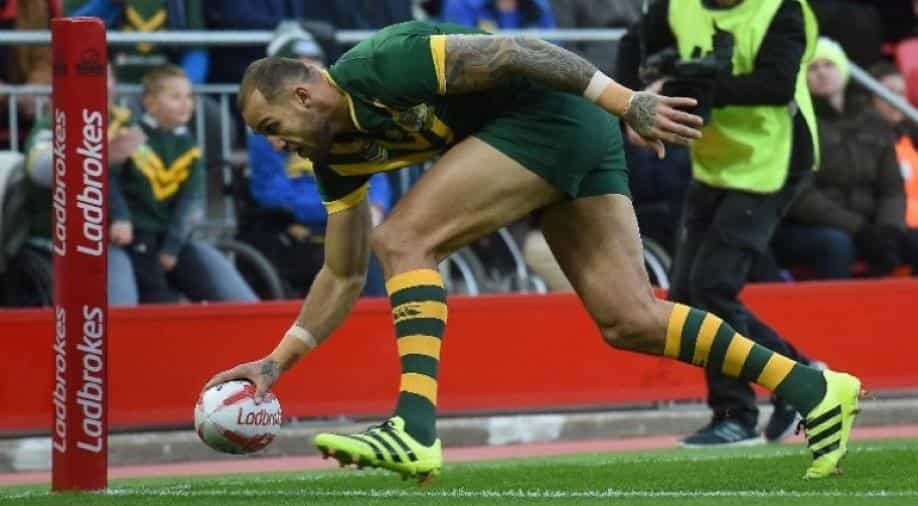 Inspirational halfback Cooper Cronk has already won plaudits for taking to the field with a fractured shoulder blade in Sunday's 21-6 win over Melbourne Storm, but Robinson said Ferguson's courage should also be recognised.

He said Ferguson played the last 30 minutes of the game with a leg injury but it was not until after the final whistle that medics realised it was a broken fibula.

"Not until probably 20 or 30 minutes after the game," he told NRL.com.

"We knew he had an injury but then the longer that goes it sort of starts to get numb so they ended up getting it scanned and we found out he'd broken his leg."

He said Ferguson, 28, who is heading to Parramatta Eels next season, wore a moonboot to celebrate with his teammates.

"It was all about the team -– there wasn't that selfishness that people can have when they're younger in their career," Robinson said.

"That's what goes into those performances, that's when an injury happens and you go 'what's my job, I'm a winger I can't get replaced, I've got to continue on'."

Cronk was in doubt until early Sunday because of a shoulder injury but turned out after painkiller injections.

It was only after the match that the club revealed he had a 15 centimetre (six inch) break in his scapula.

"It's the most heroic thing I've ever seen," club doctor Ameer Ibrahim said.

"That fracture is what you see with motorbike accidents and car accidents -- 11 out of 10 pain."

The Roosters' first title in five years was particularly sweet for Cronk, who joined the club late last year from the premiership-winning Storm.

He became the first player to claim back-to-back premierships for different clubs since Johnny Mayes when he joined the Roosters from Manly in 1973-74.