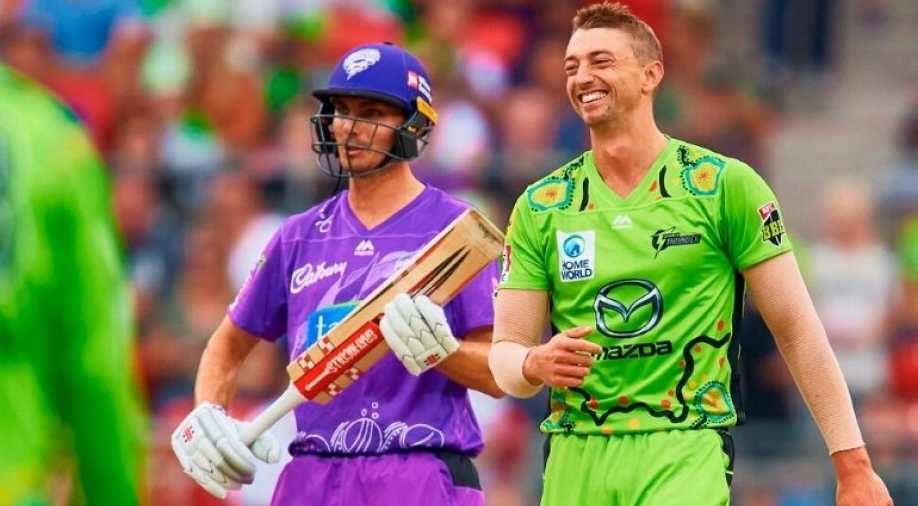 Thunders are back to the winning ways after losing the last three games in a row.

Alex Hales was judged as the man of the match.

55 from 36 balls at the top of the order from Alex Hales laid the foundation for the @ThunderBBL tonight. @KFCAustralia | #BBL09 pic.twitter.com/Mi0Pv4rYgG

Thunders are back to the winning ways after losing the last three games in a row. They won the toss and decided to bowl first.

Hobart Hurricanes posted a decent score of 162/6 with George Bailey scoring most runs (43) for the team.  He was followed by Ben Mcdermott who scored 33 runs. Both of them where joint-highest six hitters in the game. They hit 3 sixes each.

Thunders started off with a bang, opening partnership for 96 runs of Usman Khawaja and Alex Hales shattered the spirits of Hobart Hurricanes.

Alex Hales hit 55 runs in 36 balls and contributed the most in the run-chase. He smashed two sixes and six fours.

But Sydney lost four wickets in quick succession, giving Hobart hopes for a comeback. Alex Ross and Chris Morris stabilized the innings which helped Thunders to a striving victory.

The Thunders move up to third in the Points Table, whereas Hobart Hurricanes are on seventh on the Points table