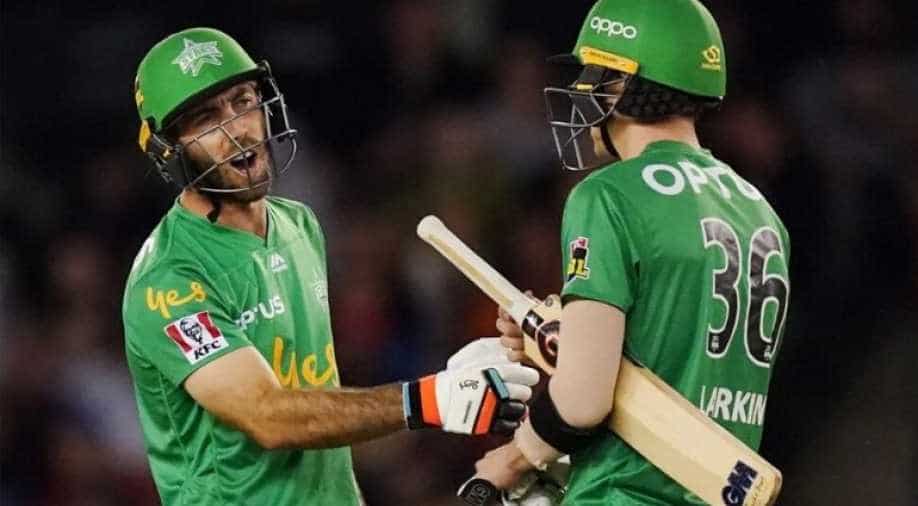 Renegades have not yet managed to get a win in this year's BBL, their forgettable record now extends to 0-8.

Big Bash League's 9th season is going ahead with full throttle. Melbourne Stars And Melbourne Renegades had a screamer.

Glenn Maxwell's powerful 83 off 45 balls powered Melbourne Stars to its fifth consecutive victory and maintain it's position in the table as Table-toppers.

The Renegades started on a high with Shaun Marsh scoring the most of it (63 runs off 43 balls) and looked on a target that would have surpassed their season-high total of 185, but they lost 5 wickets and just managed to get 22 runs in the last four overs.

When Melbourne Stars came down to bat, they lost three wickets in quick succession and were at 54/3. But that's before Glenn Maxwell stepped in. Glenn Maxwell struck 7 sixes to hand Melbourne Renegade 8th defeat in a row. He finished off the chase with a six with eight balls to spare.

Renegades have not yet managed to get a win in this year's BBL, their forgettable record now extends to 0-8.

There were a lot of amusing events that took place like Shaun Marsh's broken-bat, Glenn Maxwell's final six to seal the match.

The best moment of the match was Beau Webster's catch that dismissed Ben Dunk.

Melbourne Stars Top the Big Bash League table whereas, Melbourne Renegades are at the bottom of the Table