'Best save I have seen': Cricketing icons stunned by Nicholas Pooran's save 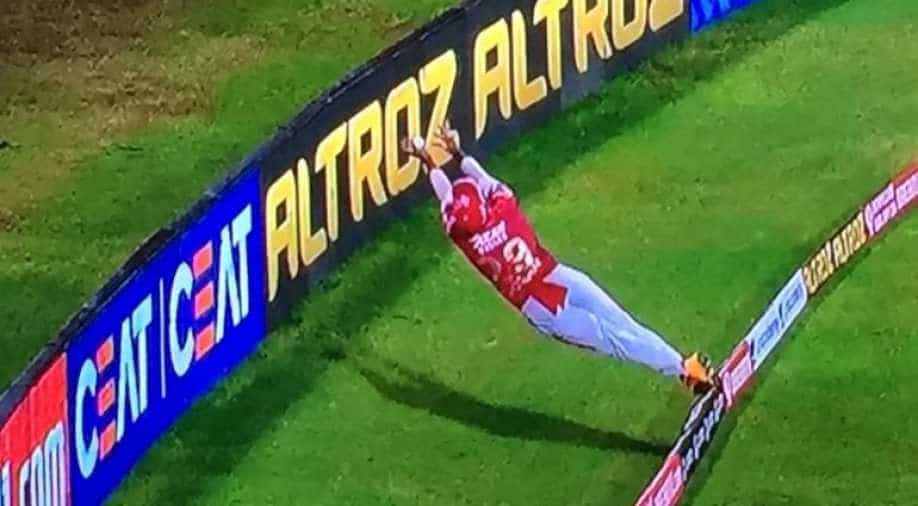 'Best save I have seen': Cricketing icons stunned by Nicholas Pooran's save Photograph:( Twitter )

"This is the best save I have seen in my life. Simply incredible!!," Sachin Tendulkar tweeted.

Kings XI Punjab were defeated by Rajasthan Royals in a high scoring thriller last night. But one of the significant moment was when KXIP's Nicholas Pooran pulled out an absolute screamer after he saved a ball going across the boundary denying RR vital six runs.

Cricketing legend Sachin Tendulkar and many others reacted to the save.

"This is the best save I have seen in my life. Simply incredible!!," Sachin Tendulkar tweeted.

This is the best save I have seen in my life. Simply incredible!! 👍#IPL2020 #RRvKXIP pic.twitter.com/2r7cNZmUaw

That is just an insaaaaaaaane effort from Pooran. It defied gravity and any concept of core stability you may have 😱👏🙌 #KXIPvsRR

How did you do that, Pooran??? Are you wearing a cape under your #KXIP t-shirt?? Haven’t seen anything like this ever. #RRvKXIP

Rajasthan won the toss and chose to field first. But the decision did not go as planned in the beginning after KL Rahul and Mayank Agarwal put up 183 runs of opening partnership for KXIP. Agarwal scored a century. Pooran's final over hitting helped KXIP pose a mammoth total of 223.

Rajasthan was off to a shaky start as they lost Buttler on single digit. However, a quick partnership between skipper Smith and Samson helped Rajasthan stay in the game. But Kings XI were relieved after Smith's dismissal. Tewatia came into the strike and was struggling to score runs. Samson's wicket out on some extra pressure on RR. But Tewatia smashed five sixes of Cottrell's over to close into a massive victory. He went on to smash two more sixes in Shami's over. Tewatia was 8 off 19 balls at one stage but he went on to score 50 in just 30 balls.

Samson was adjudged the man of the match for his innings.