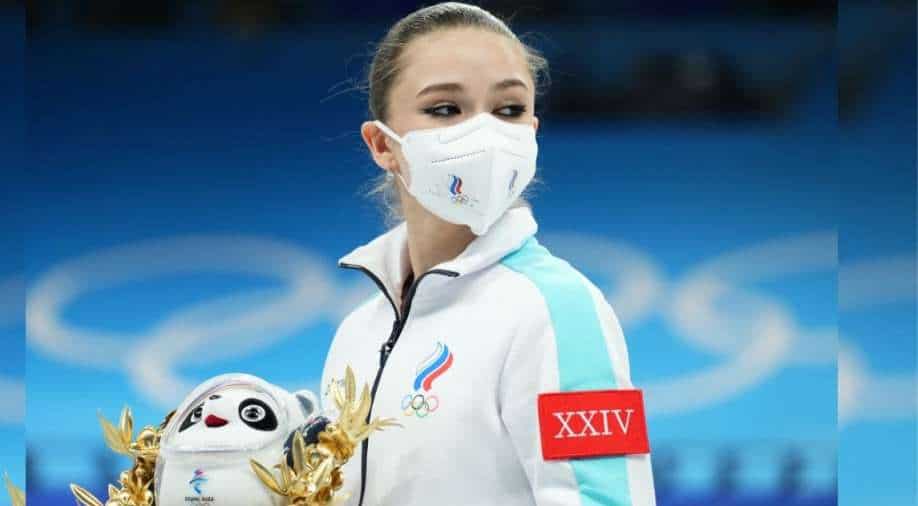 The Beijing Olympics medal ceremony for the figure skating team event that was won by Russian skaters has been delayed due to an unspecified "legal consultation", the International Olympic Committee said on Wednesday.

There were no details given on the reasons for the delay but with four Russian skaters, including 15-year-old sensation Kamila Valieva, not attending their planned training session on Wednesday the ceremony's postponement raised more questions.

It had initially been moved to Tuesday evening from Monday before being postponed indefinitely.

ALSO READ | Zhu Yi, who gave up US citizenship to compete for China, slammed after poor show at Beijing Winter Olympics

The Russian Olympic Committee (ROC) team claimed the gold medal on Monday with Valieva landing the first quadruple jumps by a woman in Olympic competition. The United States took silver and Japan bronze.

"A situation arose at short notice that requires legal consultation," IOC spokesperson Mark Adams said, without providing any details on the nature of the ongoing consultation.

"You can bet your bottom dollar we are doing everything that this situation can be resolved as soon as possible.

"I cannot give you any more details but we will do our utmost."

Adams said the ceremony would take place as soon as possible.

Valieva was one of the four ROC athletes, along with pairs dancers Anastasia Mishina and Aleksandr Galliamov, and Mark Kondratiuk, who did not appear at their practice sessions on Wednesday. It was not clear why they had not trained.

Kondratiuk also represented the ROC team and competed in Tuesday's individual short programme. He advanced to the finals scheduled on Thursday.

Russian athletes are competing in Beijing as representatives of the ROC rather than their home nation due to doping sanctions.

The only ROC skaters to train were team ice dancers Victoria Sinitsina and Nikita Katsalapov.

The International Skating Union (ISU) did not provide any details on the reason for the delay other than citing "legal consultations," in an emailed response to Reuters.

There was no immediate comment from the Russian Olympic Committee or the International Testing Agency (ITA), which is in charge of doping controls during the Olympics.