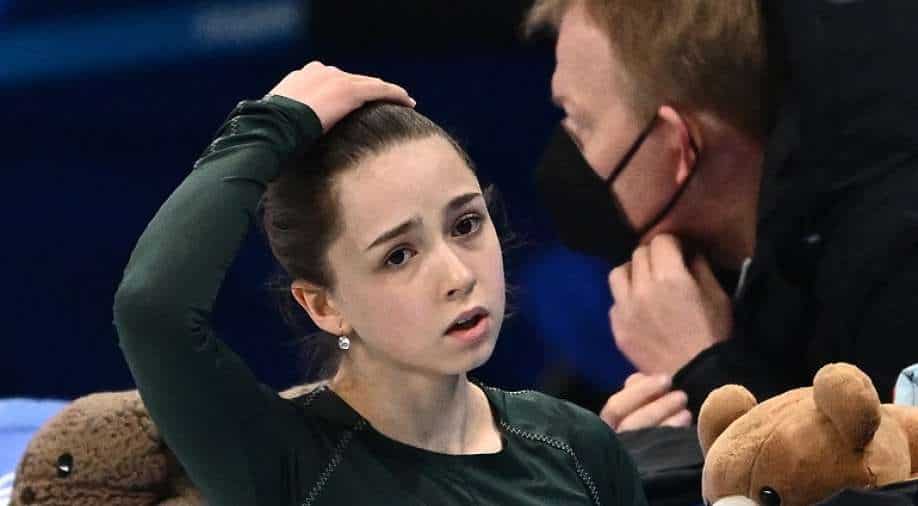 Valieva claimed there was a mix-up at a Court of Arbitration for Sport (CAS) hearing Photograph:( AFP )

Russian figure skater Kamila Valieva has argued that her positive drug test was caused by a mix-up with her grandfather`s heart medication, an Olympic official said on Tuesday.

The 15-year-old Russian figure skater Kamila Valieva who has found herself amidst the doping scandal at the Winter Games defended her positive drug test by saying it was caused by a mix-up with her grandfather's medication, an Olympic official said on Tuesday.

Denis Oswald, the International Olympic Committee's permanent chair of the disciplinary commission, on Tuesday said Valieva claimed there was a mix-up at a Court of Arbitration for Sport (CAS) hearing.

ALSO READ: Hosting the Olympics is costly. For China, it’s worth every billion

"Her argument was this contamination happened with a product her grandfather was taking," Oswald said. Notably, Ad Hoc Division of the Court of Arbitration for Sport (CAS) on Monday declined to impose a provisional suspension on Kamila Valieva.

This means the fifteen-year-old Russian skater who was tested positive for a banned heart medication in December was given a green flag to participate in the Beijing 2022 Winter Olympics.

Oswald also said that Valieva's "B" sample had yet to be analyzed, despite the initial positive result.

The Executive Board (EB) of the International Olympic Committee (IOC) took note of the decision by the Court of Arbitration for Sport (CAS) and later announced that should Valieva finish amongst the top three competitors in the Women's Single Skating competition, no flower ceremony and no medal ceremony will take place during the Olympic Winter Games Beijing 2022.

"We want to allocate the medal to the right person," Oswald added in the press conference on no medal ceremony.