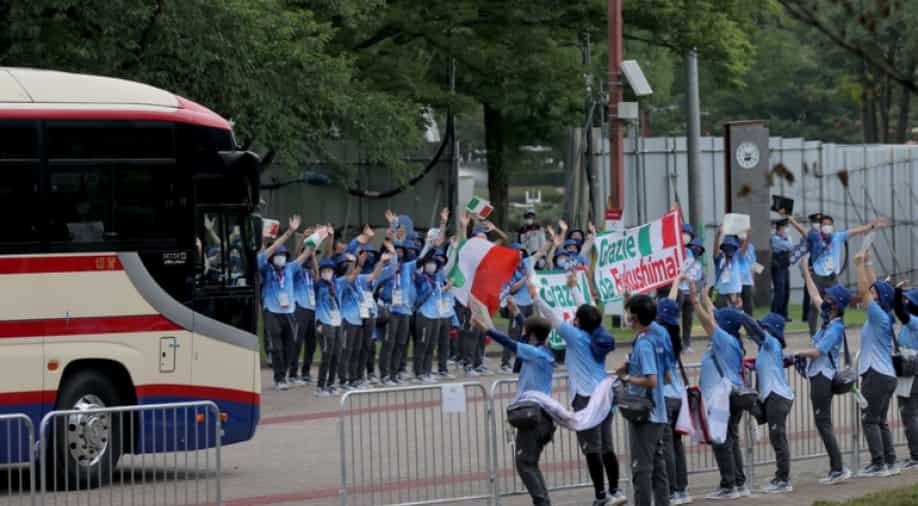 Bears are a common sight across Japan and regularly spark frantic hunts, but one furry fan still tried to sneak into the Fukushima softball venue

Olympic virus rules mean spectators are banned, but one furry fan still tried to sneak into the Fukushima softball venue hosting the first sports event of the Tokyo Games: a bear.

The animals are common across Japan and regularly spark frantic hunts when they venture into towns, where they have been known to attack and even kill local residents.

A Fukushima police spokesman confirmed the ursine intruder was spotted last night and then again this morning, just hours before the opening pitch in a match pitting hosts Japan against Australia.

"A guard found a bear inside Azuma Sports Park early in the morning yesterday. We also received similar information this morning," the spokesman told AFP.

"We couldn't find or capture the bear, and while there won't be any spectators at the stadium, we are on alert and searching for the bear around the site."

Local media identified the animal as an Asian black bear, with the Sports Hochi daily saying the entire contingent of Olympic guards assigned to the venue spent the night searching for the creature.

They even blasted music and let off firecrackers in an effort to flush out the bear, the newspaper said.

But the softball match, which comes just two days before the opening ceremony, went off without a hitch despite the intruder with Japan recording an easy 8-1 victory.

Last month, a brown bear sparked a massive search involving police and local hunters after it rampaged through the northern city of Sapporo, which will host the Olympic marathon.

The bear mauled a soldier and a pedestrian who were hospitalized after the attack.

It was eventually shot dead after a dramatic chase, during which it bounded along a residential street, crossed a busy road, and clawed at the gate of a military barracks.