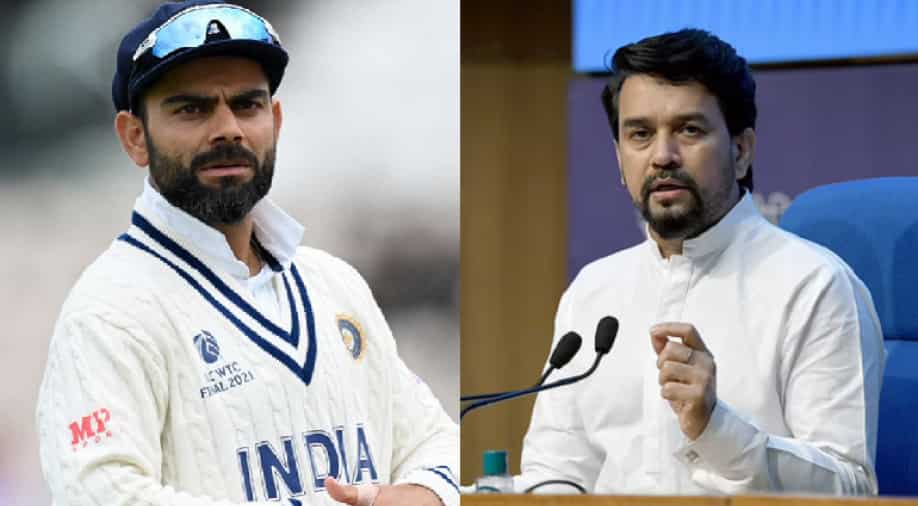 Sports Minister of India has urged the BCCI to consult with the government before sending the Indian cricket team to South Africa for their upcoming tour amid concerns due to the Omnicron variant of coronavirus.

The detection of a new coronavirus variant - Omicron in South Africa can soon lead to the suspension of all sporting activities across the country. In the wake of the emergence of the new variant of the virus, the ongoing ODI series between South Africa and the Netherlands cricket team has been postponed while the Women's cricket World Cup qualifiers in Zimbabwe have also been suspended.

The new variant has been labelled as a 'variant of concern' by the World Health Organisation (WHO) with medical experts and scientists claiming that it mutates quickly. The threat of the new variant of the virus also looms large over the future of India's upcoming cricket tour of South Africa in December this year.

India are scheduled to tour South Africa for a full-fledged series consisting of three Tests, as many ODIs and four T20I matches. However, there remain concerns over the tour after the detection of the Omicron variant of coronavirus.

Sports Minister Anurag Thakur on Saturday said the Board of Control for Cricket in India (BCCI) should consult the government before taking a final call on sending the Indian team to South Africa. Thakur said it is not right to send the team to a country where there is a significant threat of the virus.

Also Read: BCCI officials likely to meet to discuss the fate of India's tour of South Africa amid COVID-19 threat

On Saturday (November 27), the remaining two ODIs of the ongoing series between South Africa and the Netherlands in South Africa were called off over concerns due to the virus. The Omicron variant can soon lead to the shut down of all sports in the country.

"The recently discovered variant of coronavirus B.1.1.529 is of concern. It has more mutations than science knows about other alarming variants. The WHO has assessed this new variant as worrisome,"  WHO said in a statement regarding the new variant.