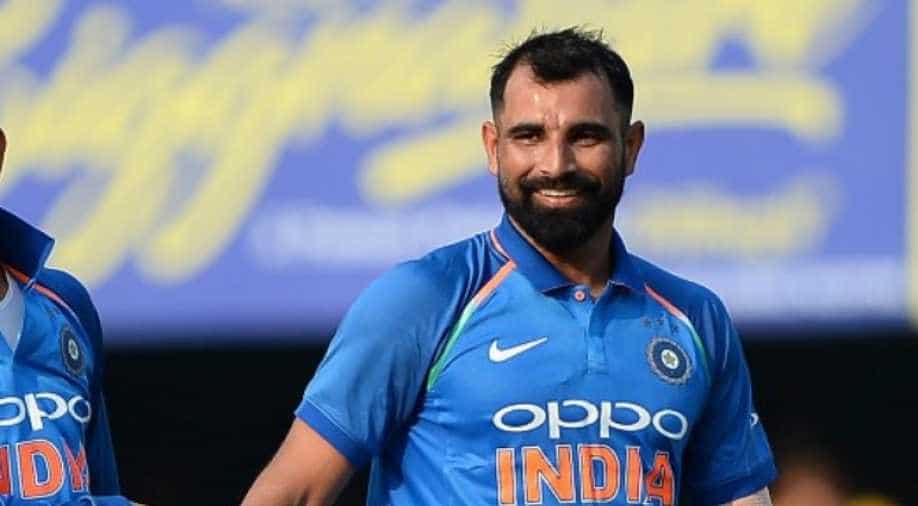 The Board of Control for Cricket in India (BCCI) intervened after Indian pacer Mohammad Shami's visa application was rejected by the US Embassy, a source said.

Shami's visa application was initially rejected by the Embassy as his police verification record was incomplete, however, the BCCI source confirmed that the board stepped in and took care of it.

"Shami's visa application was initially rejected by the US Embassy as his police verification record was incomplete. But now it's all sorted and all the required documents have been given," ANI reported quoting a BCCI source.

"BCCI CEO Rahul Johri wrote a letter to the US Embassy, saying Shami is India's top cricketer and also mentioned his contribution in cricket for the country," the source said.

In the recently concluded Cricket World Cup in England and Wales, Shami was in the top as he scalped 14 wickets in just four matches.

But before the World Cup, Shami remained in the headlines after his ex-wife Hasin Jahan accused him of domestic violence and filed an FIR against him.

Shami is part of India's ODIs and Tests squad for the upcoming West Indies tour, which is comprised of three T20 Internationals, three ODIs followed by two Test matches.