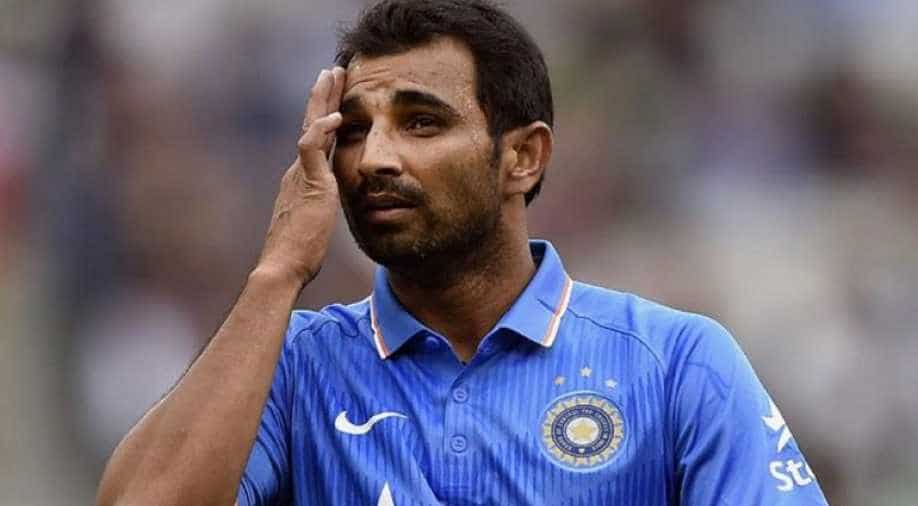 Police had sought Shami's itinerary details from India's tour of South Africa from BCCI to check if he had gone to Dubai as claimed by his estranged wife Hasin Jahan. Photograph:( Zee News Network )

The Kolkata Police on Monday claimed that Board of Control for Cricket in India (BCCI) has confirmed that cricketer Mohammed Shami stayed in Dubai last month.

The cricket board confirmed that Shami stayed in Dubai from February 17-18, Kolkata Police added.

BCCI confirmed to #Kolkata Police that Mohammed Shami stayed in the hotel in Dubai on 17th Feb and 18th Feb: Kolkata Police Sources

Last weekend, Police sought Shami's itinerary details from India's tour of South Africa from the Indian cricket board to check if he had gone to Dubai as claimed by his estranged wife Hasin Jahan.

Police wanted to find out whether he was on the same flight with the other players or was on a different one after they left South Africa.  They also wanted to know whether Shami went there officially with the entire team or had taken the detour at his own expense.

Moradabad: Kolkata Crime Branch arrived at the residence of the brother of #MohdShami in connection with the investigation of the case where Mohd Shami's wife Hasin Jahan leveled allegations against him. pic.twitter.com/dlh01UVxIx

Other questions that police asked are for how long and where did Shami stay in Dubai? And whether he was well within the guidelines of the BCCI or not.

Hasin Jahan, in her complaint, had alleged that Shami had gone to Dubai to meet with a Pakistani model, Alishba, with whom he also shared a room at a five-star hotel.

Hasin had released a recording of an alleged phone call with Shami where the mail voice (apparently Shami's according to Hasin), is heard saying he met Alishba in Dubai to collect money sent by one Mohammad bhai.

But Alishba now claims she met Shami in Dubai but only by coincidence.