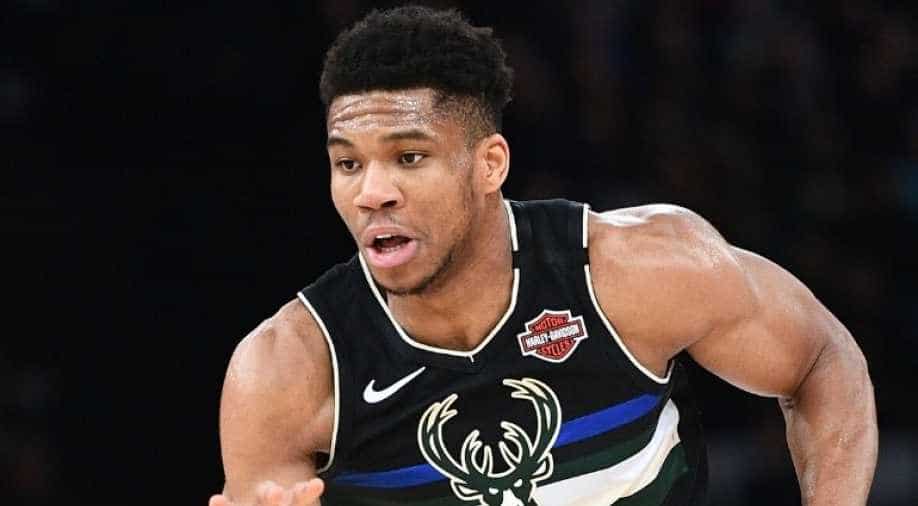 "I had a good game but I could get better," Antetokounmpo said. "Closing down the third quarter, we didn't do a good job. We got sloppy."

Antetokounmpo hit 12-of-17 from the floor and 9-of-13 free throws while adding six assists, a steal and a blocked shot as the Bucks improved their NBA-best record to 43-7 thanks to a 42-24 scoring edge in the third quarter.

"I had a good game but I could get better," Antetokounmpo said. "Closing down the third quarter, we didn't do a good job. We got sloppy."

The Greek star still feels the sting of losing to Toronto in last year's Eastern Conference final and failing to lift the Bucks into their first NBA Finals since 1974, three years after Milwaukee won its only title.

That's why chasing the NBA one-season best record of 73-9 by Golden State is not the Bucks' major goal.

Brandon Ingram led the host Pelicans with 32 points, while 19-year-old rookie star Zion Williamson had 20 points despite 5-of-19 shooting from the floor with seven rebounds and five assists.

"I'm happy he's going to be out there and help his team win," Antetokounmpo said. "It's good playing against him. It's going to be a great duel for a lot of years."

In Los Angeles, the Lakers got 36 points, nine assists and seven rebounds from LeBron James and 18 points from Anthony Davis and Kyle Kuzma as the hosts rolled over the San Antonio Spurs 129-102.

The Lakers improved the best record in the Western Conference to 38-11, 3 1/2 games ahead of the second-place Los Angeles Clippers.

"LeBron came out and hit five straight threes in 3 1/2 minutes, he got the lead for us and closed out the game early," Davis said.

"We just want to come out and make sure we play defense every night."

Harden could match the third-longest run of scoring titles in NBA history, behind only the record seven seasons in a row of scoring crowns won by Michael Jordan and Wilt Chamberlain.