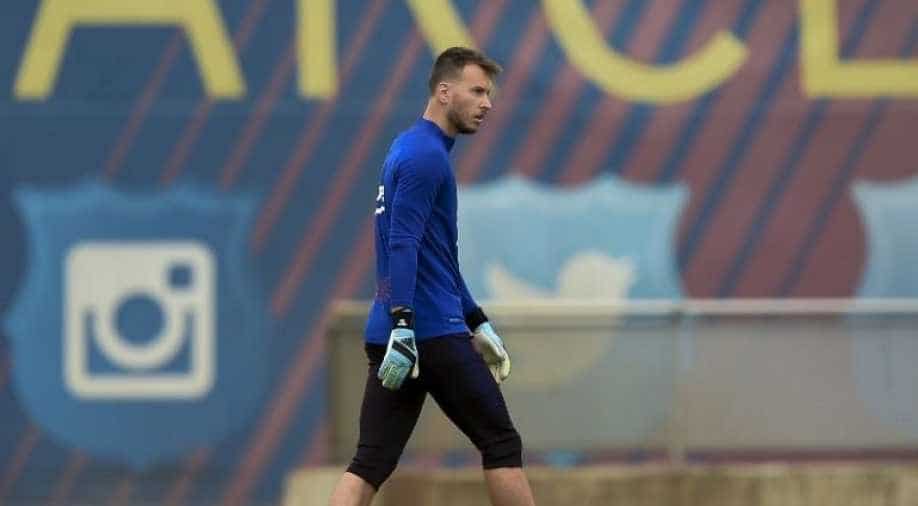 Barcelona's back-up goalkeeper Neto, who joined the club this summer from Valencia, to undergo surgery on his left wrist on Tuesday, the club released a statement to announce the news.

Neto had injured his left wrist during a training session while on the pre-season US tour, which turned out to be a fracture is scaphoid bone.

The Brazilian is unlikely to be fit for Barca's opening La Liga game away to Athletic Bilbao on Friday.

"Goalkeeper Neto is to undergo surgery this Tuesday on a fractured scaphoid bone in his left hand sustained in training while on the US tour," the statement released by the club read.

The club also gave information about the operation, which will happen on Tuesday.

"Doctor Xavier Mir will perform the operation in the presence of the Club Medical Services," the club's statement said.

"Afterwards, he will make a statement to explain how the surgery has gone and to offer an approximate recovery date," it added.

Neto joined Barcelona this summer from Valencia, with fellow goalkeeper Jasper Cillessen leaving Camp Nou and going the other way.

Coach Ernesto Valverde is already likely to be without Lionel Messi against Bilbao. Messi missed the friendly win over Napoli on Saturday after sustaining a calf tear in training last week.