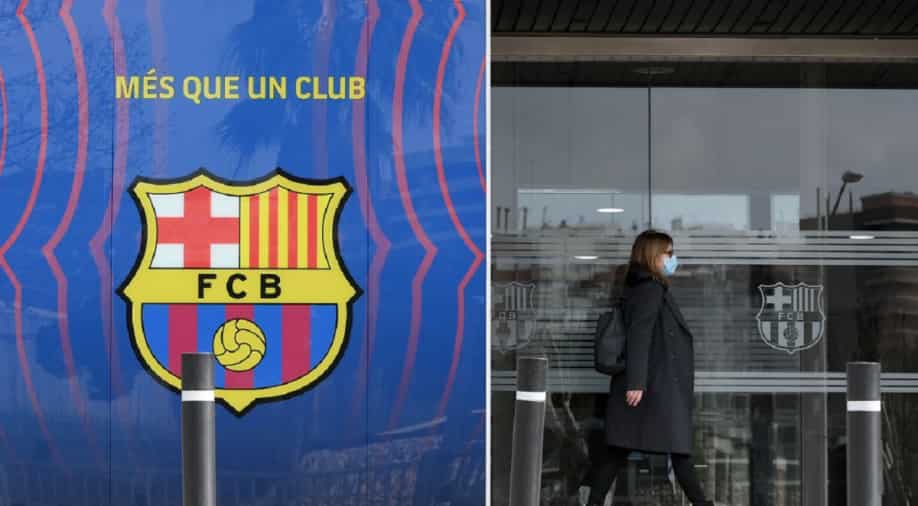 In a shocking revelation, an FC Barcelona executive reportedly tried to bribe a UEFA official into launching an investigation against Manchester City and Paris Saint-Germain over Financial Fair Play regulations in 2020. The Barcelona executive brought up the matter of FFP during his dinner meeting with a UEFA counterpart last year and asked if there was anyone in the department 'he could pay'.

Barcelona have been enduring one of the worst financial crisis in the club's history as they are yet to recover from the huge losses suffered due to the COVID-19 pandemic. Some poor decisions in the transfer market along with their financial mishandlings have led to a mess at the Spanish club.

FC Barcelona have sold a part of the club's telecast rights and a stake in their studios among others to boost their finances and make signings in the ongoing transfer window. However, they are still far off from recovering from the staggering debt they are in.

Also Read: Premier League clubs to not take the knee before every match, gesture limited to only significant games

Amid the club's poor financial situation, a report in The Athletic has claimed a Barcelona executive tried to bribe a UEFA official in 2020. The Barcelona executive felt UEFA have been light on rich clubs like Man City and PSG, who have great financial backing when it comes to Financial Fair Play regulations. He also felt Barcelona are not in a position to compete with those clubs considering their current financial situation.

“Eventually, the Barça official asked, ‘Is there anyone in your FFP department we could pay?’. The UEFA official understood that his counterpart was trying to find somebody to bribe," The Athletic quoted an excerpt from a book written by Financial Times journalist Simon Kuper which exposed the details of the meeting between the Barcelona executive and the UEFA official.

Responding to the allegations, UEFA said they are unaware of any such meeting with a Barcelona executive. Interestingly, UEFA had banned Manchester City for two years from the Champions League in 2020 for a serious FFP breach and failure to cooperate in the investigation.

However, the ban was lifted by the Court of Arbitration for Sport (CAS) in July, 2020 which allowed City to continue taking part in the competition that season. City's fine was also reduced to 10 million euros from 30 million euros by the court.