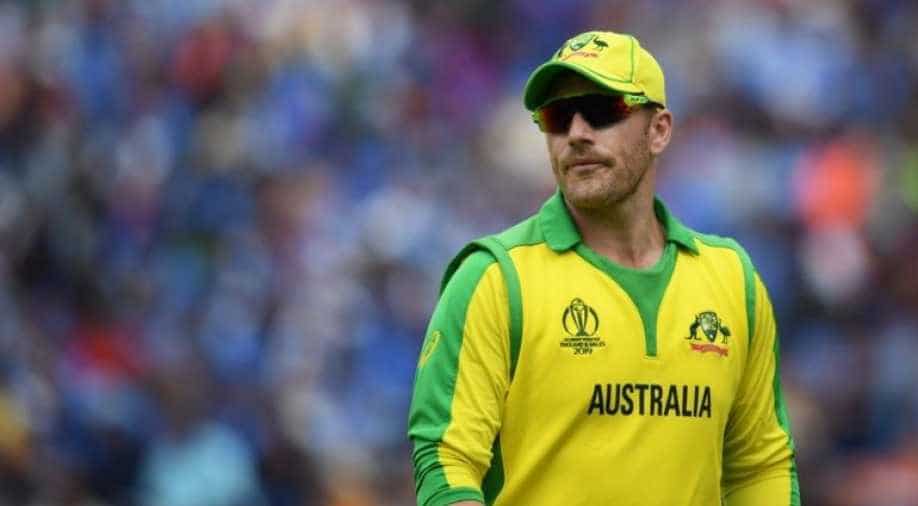 Despite staying away from the field since March, Australian limited-overs skipper Aaron Finch is thinking and planning about winning the 2023 ICC World Cup scheduled to be played in India.

Despite staying away from the field since March, Australian limited-overs skipper Aaron Finch is thinking and planning about winning the 2023 ICC World Cup scheduled to be played in India. While the T20 World Cup in Australia later in the year looks unlikely to go ahead due to COVID-19 pandemic, India has the hosting rights for the 2021 edition.

Finch said he is already looking forward to the 2021 and 2023 World Cup in India while adding he is already preparing for how the Aussies can win the tournaments.

“I’m a cricket nuffy so you are always thinking about it, especially being captain and with what’s coming up with the T20 World Cup, whenever that might be, and there’s a couple of them and looking forward to the 2023 50-over World Cup in India,” Finch told SEN Radio. “We are just in the processing of nutting out how we go about winning that, what we’ll need to do down the track to be successful in those three tournaments.”

On the 2023 World Cup, Finch said that they are looking for a detailed plan on how to win the tournament: “In the 50-over space, it’s about working back from that 2023 World Cup and really getting a detailed plan of how we think we’ll have to win it, what’s the structure of the side we’ll need in India. Is it going to be two spinners, is it going to be an extra all-rounder and kind of work back from there.”

Australia, who have a record five world titles under their belt, will look forward to making a stamp after losing to England in the semi-finals of the ICC World Cup 2019. Finch also said that if there is someone who can make a big impact, then he would need to be given that experience to do well in crunch matches.

“It’s not rocket science, it’s going through data, a bit of gut instinct of what you feel will be the trends of one-day cricket. Will it be 400, or will it be that 320-mark with some wearing pitches in India and a couple of spinners in your side?”