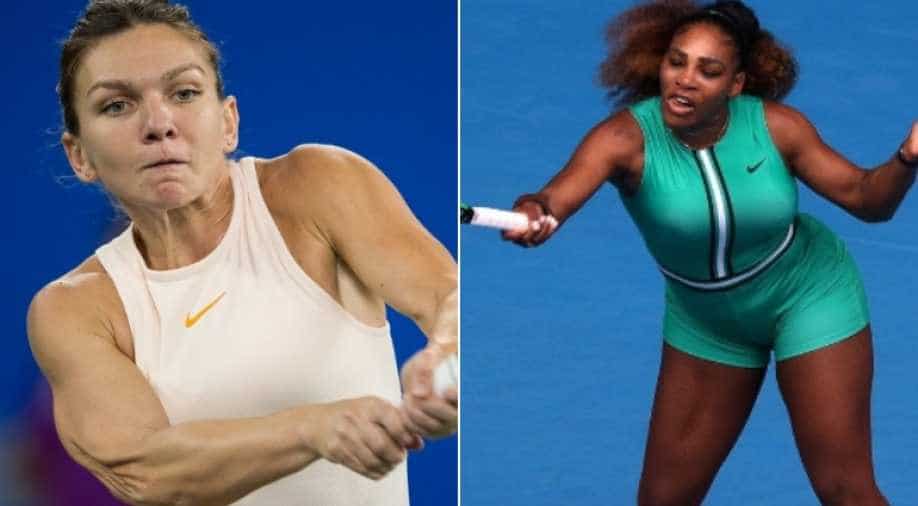 The 37-year-old American took a year off after the birth of her daughter Alexis Olympia in September 2017, before returning to action last season when she reached the finals at Wimbledon and the U.S. Open

Simona Halep might be the current number one in women's tennis but the Romanian believes the best player in the world will be awaiting her when she takes on Serena Williams in the fourth round of the Australian Open.

The 37-year-old American took a year off after the birth of her daughter Alexis Olympia in September 2017, before returning to action last season when she reached the finals at Wimbledon and the U.S. Open.

Serena was eight weeks pregnant when she won the last of her 23 Grand Slam titles at Melbourne Park and, though she has played selective tournaments since motherhood, the American is still the player to beat in the women's draw at Grand Slams.

French Open champion Halep has topped the rankings since October, 2017.

"In my opinion, to be number one in the world and to be the best player in the world, it's a little bit different," Halep told reporters on Saturday after a 6-2 6-3 third-round win against the older Williams sister, Venus.

"In this moment, I`m number one in the world, so I will take that. I feel like I have been there many months, many weeks.

"But for sure she's the best player in the world because she won so many Grand Slams. She's been a lot on number one. I cannot compare my results to her. But in this moment, I'm confident that I`m in this position, and I'm positive about it."

The losses in the finals in London and New York left Serena, who is seeded 16th at Melbourne Park, still seeking a 24th Grand Slam singles title to equal Margaret Court's all-time record.

She has lost only nine games this week in her first three rounds.

"I only beat her once in my life, so I cannot say much about this match," Halep said, referring to her nine overall meetings with Serena.

"Just that it's going to be a huge challenge for me. It's always great to play against Serena because every time I have to learn something from the match."

Halep admitted that she used to be intimidated by Serena when she was younger but said the "great champion" will be just another opponent in the last 16 clash.

"I'm used to this pressure. I'm used to facing her," Halep said. "I'm in a good position. I feel confident. I played very well today. But that doesn't mean it's going to be the same against her.

"Definitely it's the toughest draw I've ever had... it's a huge challenge. Every time I face the (Williams) sisters is a big challenge for me. I just want to try to play my best tennis because I have nothing to lose against them."