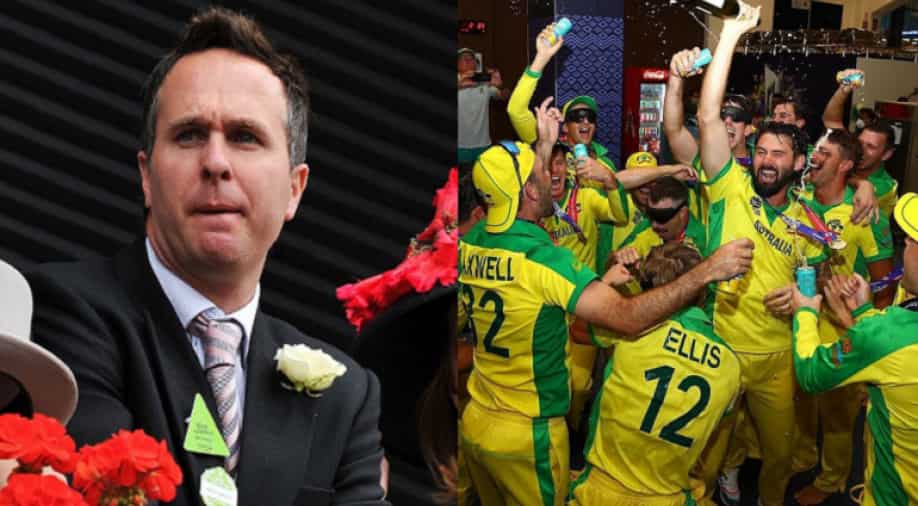 Australia's star spinner Adam Zampa has taken a dig at former England captain Michael Vaughan after Aaron Finch & Co. won the T20 World Cup 2021 title on Sunday (November 14). Australia defeated New Zealand by eight wickets in the final to lift their maiden T20 World Cup trophy and proved their critics wrong yet again. One of the most successful teams in the history of cricket, Australia had been written off by many ahead of the start of the tournament.

Finch & Co. had lost their last five bilateral T20I series in a row in the run-up to the T20 World Cup in the UAE but stepped up when it mattered the most as they went on to clinch the title after a dominant performance in the final. Former England captain Vaughan was one of the experts who had predicted Australia won't last long in the tournament.

"I’ll say it now, I don’t give Australia much chance. In T20 cricket they’ve struggled. Glenn Maxwell’s exceptional so he will have to have an incredible tournament. But I don’t see the Aussies doing too much. England, India, West Indies, New Zealand, one of those four and maybe Pakistan because of the conditions,” Vaughan had said on BBC Test Match Special on October 19.

His prediction went horribly wrong as the Aussies dominated the proceedings in the tournament and were crowned champions. Zampa took to Instagram to share a picture of the Australian players celebrating their World Cup win and trolled Vaughan by using his quote as the caption of his post.

Batting first in the final, Kane Williamson's 85 off 48 balls helped New Zealand post a fighting total of 172 runs on the board. However, Australia had a comfortable outing in the run-chase as they rode on David Warner's 53 and Mitchell Marsh's unbeaten 77 to chase down the target with seven balls to spare and win by 8 wickets.

Warner was awarded the Player of the Tournament for his 289 runs in seven matches for the champions. Zampa was the stand out performer with the ball as he finished as the leading wicket-taker for his side with 13 wickets from seven matches and bowled at an excellent average of 12.08. He was the second-highest wicket-taker of the tournament overall.