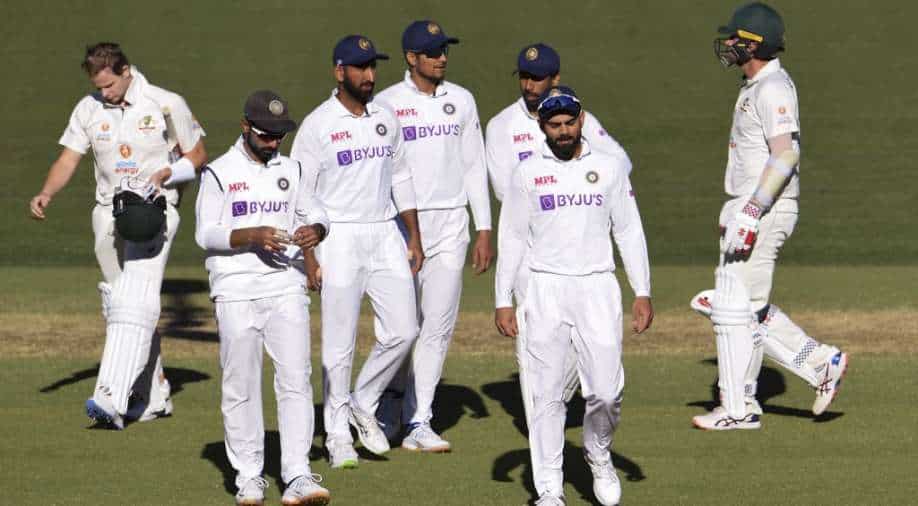 And after the Adelaide horror, the Indian cricket team is set to make landslide changes into the playing XI for the second Test, which will be played at the Melbourne Cricket Ground from December 26.

The Indian cricket team suffered utter humiliation in their eight-wicket defeat to Australia in the Adelaide Test as Australia got off to a perfect start to take an early 1-0 lead into the four-match Border Gavaskar Trophy. For the first time in their history, none of the Indian batsmen got into double figures while registering the lowest Test score for India. And after the Adelaide horror, Indian team is set to make landslide changes into the playing XI for the second Test, which will be played at the Melbourne Cricket Ground from December 26.

According to a report in TOI, Indian team is set to make as many as five changes in the playing XI. Two of the five changes come forced with Virat Kohli leaving for India and Mohammed Shami down and out with a fractured hand. Apart from Kohli and Shami, the likes of Wriddhiman Saha, Prithvi Shaw and Hanuma Vihari are also expected to warm the bench in the Boxing Day Test.

Shubman Gill, Rishabh Pant, KL Rahul, Ravindra Jadeja and either of Mohammed Siraj or Navdeep Saini are set to be included in the playing XI as Indian team looks to bounce back after a catastrophic performance in Adelaide.

"Opener Prithvi Shaw could be replaced by KL Rahul, talented youngster Shubhman Gill will make his Test debut, replacing skipper Virat Kohli at No 4. Hanuma Vihari may make way for the fit-again Ravindra Jadeja. Wriddhiman Saha could lose his wicketkeeper's spot to Rishabh Pant, and either of Mohammed Siraj or Navdeep Saini can replace injured pacer Mohammed Shami," a BCCI source told TOI.

Gill is likely to be slotted in at number four, the spot Virat Kohli bats in Test cricket while Rahul is expected to open the innings with Mayank Agarwal. Pant will come in as a natural replacement for Saha with Jadeja, if fit, likely to get in the team in place of Vihari, whose exclusion will come as a surprise if it happens.

With Siraj and Saini fighting for the third seamer’s spot in Shami’s absence, it would be interesting to see whom the Indian team management picks in the final team.