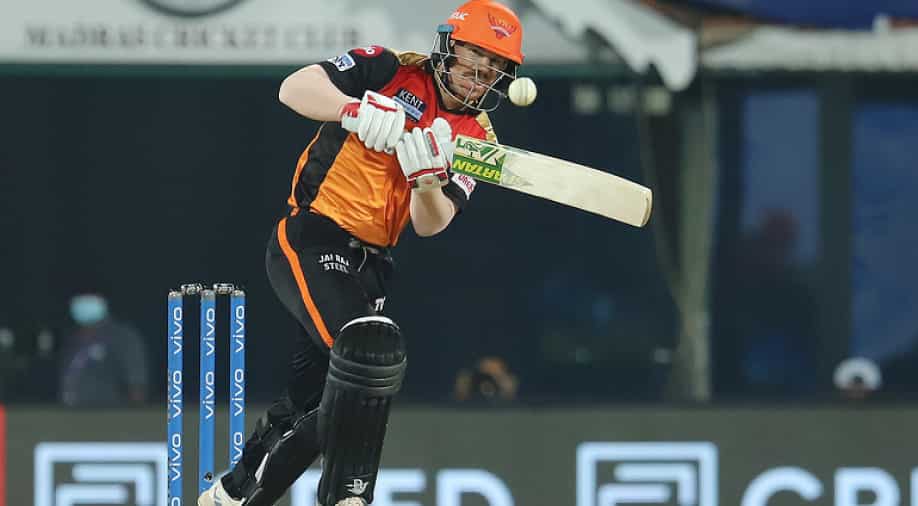 David Warner has hinted he will be entering the IPL mega auction. | Photo - IPL | Photograph:( Others )

David Warner has hinted at entering the Indian Premier League (IPL) mega auction ahead of the 2022 season after being released by Sunrisers Hyderabad (SRH).

Australian star batter David Warner has hinted at entering the upcoming Indian Premier League (IPL) mega auction ahead of the 2022 season after being released by Surisers Hyderabad (SRH). Warner had a fall out with SRH during IPL 2021 which culminated in his exit from the franchise as they decided to retain skipper Kane Williamson, and uncapped players Abdul Samad and Umran Malik.

Warner has been one of the best overseas batters in the IPL over the years and has notched up runs consistently one season after another. He is currently the top run-getter among overseas batters and the 5th highest run-getter overall in the history of IPL with 5449 runs from 150 matches at a stunning average of over 41.

The Aussie batter is also coming off a brilliant campaign for Australia in the recently-concluded T20 World Cup 2021 where he had notched up 289 runs in seven matches to bag the Player of the Tournament award. Considering his experience and recent form, Warner was expected to be picked by one of the two new IPL teams - Ahmedabad and Lucknow - who are both allowed to pick a maximum of three players from the pool of non-retained players ahead of the mega auction.

The two new teams can retain a maximum of two Indians and one overseas player. However, Warner has hinted that he will not be joining any of the two new teams and is likely to head into the mega auction. Replying to a fan on Instagram, he hinted at entering the upcoming auction.

Warner was sacked from captaincy by SRH midway through the IPL 2021 season after a poor start by the team in the first leg of the tournament. He was later dropped completely from the playing XI after the first game of the second leg of the season in the UAE and managed to make only eight appearances for the team.

It was one of the worst seasons in the history of IPL for Warner, who remains the only captain to have led SRH to an IPL title. He is likely to trigger a bidding war at the auction table if Warner enters the mega auction as a number of teams will be on the lookout for a captaincy candidate.