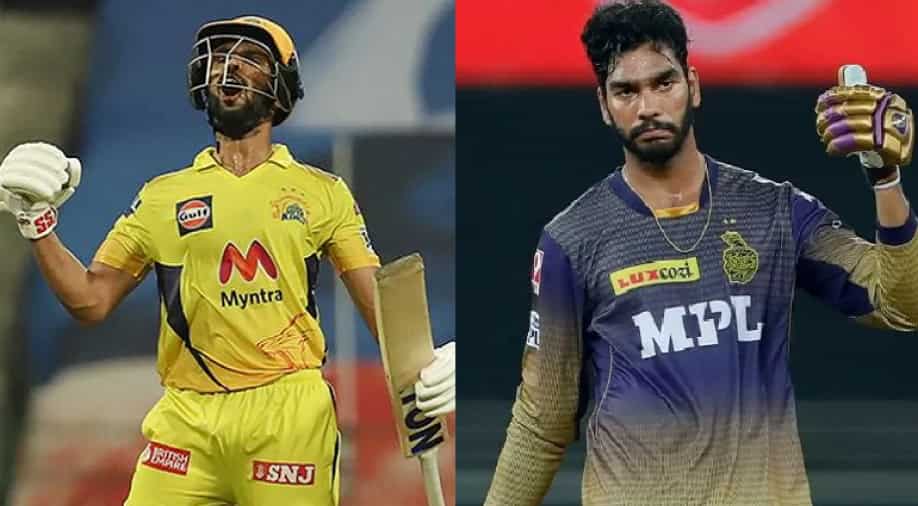 The likes of Ruturaj Gaikwad and Venkatesh Iyer saw their salaries skyrocket as they were rewarded by their respective IPL franchises for their brilliant performances. Here is a look at the Indian youngsters who earned massive contracts on being retained by their teams ahead of the IPL mega auction.

The Indian Premier League (IPL) has over the years witnessed the rise of a number of youngsters who have gone on to become world-beaters for their respective countries. IPL has served as a perfect platform for budding Indian cricketers, who have made the most of the opportunities in the league and gone on to represent the country at the highest level.

A number of youngsters have also been rewarded by the franchises for their performances and have become millionaires at a tender age. It was no different this time around as a number of young Indian players saw their salaries skyrocket after being retained by their respective franchises.

Here is a look at five youngsters who received massive salary hikes in IPL ahead of mega auction:

Venkatesh Iyer was an unknown entity in Indian cricket before the second leg of IPL 2021 earlier this year. Making his debut for the Kolkata Knight Riders in the league, Iyer took the second leg of the season by a storm as he produced consistent performances with the bat while opening the innings.

The batting all-rounder notched up 370 runs and picked up three wickets in ten matches to help KKR spark a turnaround and make it to the final of IPL 2021. The young all-rounder was on a salary of Rs 20 lakh (INR 2 million) before being retained for a staggering Rs 8 crore (INR 80 million) by the franchise ahead of the mega auction.

Also Read: IPL 2022: Which side be the richest? Revealing purse of 8 existing teams before mega auction

Chennai Super Kings (CSK) would have had no second thoughts about retaining Ruturaj Gaikwad, who has been fabulous as an opener for the franchise in the last two seasons. After impressing in his debut IPL campaign last year, Gaikwad continued his purple patch in IPL 2021 and went on to bag the Orange Cap for being the highest run-getter of the season with 635 runs from 16 matches for the four-time champions.

Gaikwad played an instrumental role in CSK's fourth title triumph in IPL 2021 as he formed a formidable opening partnership with Faf du Plessis at the top and the duo got CSK off to good starts consistently throughout the season. Gaikwad was on a salary of Rs 20 lakh (INR 2 million) per season and saw it rise thirty times to Rs 6 crore (INR 60 million) after being retained.

Swashbuckling young batter Abdul Samad saw his salary increase 20 times from Rs 20 lakh (INR 2 million) to Rs 4 crore (INR 40 million) after being retained by Sunrisers Hyderabad. Known for his big-hitting ability, Samad has been mentored by former India all-rounder Irfan Pathan. He scored only 111 runs in 11 matches in IPL 2021 but SRH have shown their faith in him by retaining him ahead of the mega auction.

Another uncapped player retained by Sunrisers Hyderabad for a huge amount, Umran Malik was the find of IPL 2021 for the Orange Army. Malik recorded the fastest ball by an Indian in the tournament this year by clocking over 151 kph and took the cricket fraternity by a storm with his raw pace. He was on the minimum salary of Rs 20 lakh (INR 2 million) but will now be making Rs 4 crore (INR 40 million) per season after being retained by the side.

Fast bowler Arshdeep Singh was the second-choice retention for Punjab Kings ahead of the IPL mega auction. He saw his salary grow from Rs 20 lakh (INR 2 million) per season to Rs 4 crore (INR 40 million) per season after being retained by the franchise. He is one of the best fast bowling prospects in India at present and will be groomed by the IPL franchise to become a world-beater in the future.