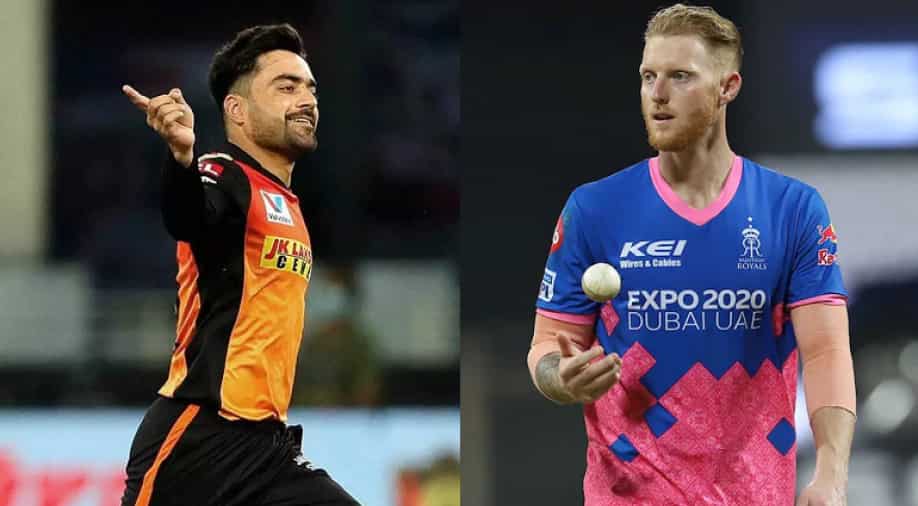 Here is a look at the top five overseas players who have been released by their respective Indian Premier League (IPL) franchises ahead of the mega auction.

The existing eight franchises of the Indian Premier League (IPL) recently revealed the names of the players they have retained ahead of the mega auction for the 2022 season and beyond. While the franchises made some smart retentions, some of the picks surprised many as a number of top players were released by their respective franchises.

The likes of Rashid Khan, KL Rahul, Shreyas Iyer and Hardik Pandya among others were released by their respective teams as the countdown for the mega auction begins. The two new IPL teams - Lucknow and Ahmedabad now have a chance to pick a maximum of three players each from the pool of non-retained players ahead of the mega auction.

The mega auction ahead of IPL 2022 is all set to be one of the busiest ones as ten teams will be looking to build their respective squads almost from scratch with the remaining amount in their auction purse. While there will be plenty of Indian names in the fray, a number of overseas superstars will also feature in the mega auction this time around.

Here we take a look at the top five overseas stars who have been released by their respective IPL franchises and are set to head into the auction pool or get picked by one of the two new teams.

The first name on the list is Australian star batter David Warner. An IPL great and one of the most consistent performers in the history of the league, Warner has been let go of by Sunrisers Hyderabad after a disappointing campaign in the 2021 season. Warner has been one of the best batters in the league over the years and his numbers prove his class. Warner is the highest run-getter among overseas batters and the fifth-highest overall with 5449 runs to his name in 150 matches at an average of over 41 and a strike rate close to 140.

Also Read: Uthappa hints at MS Dhoni's successor as CSK captain: 'They have given him the due he deserved'

Another Sunrisers Hyderabad star who features in the list. Many had expected SRH to retain Rashid, however, the spinner's desire to reportedly be the first-choice retention saw the franchise releasing him ahead of the mega auction. Rashid has been one of the most successful bowlers in the IPL ever since making his debut in 2017. He spent four years with SRH, playing 76 matches and picking up 93 wickets at an impressive economy rate of 6.33. He is reportedly in talks with the Lucknow franchise ahead of the mega auction.

England all-rounder Ben Stokes had become the most expensive overseas player at the time when he was picked up by Rising Pune Supergiant for a whopping Rs 14.5 crore (INR 145 million) in 2017. Stokes' stature has since grown in leaps and bounds and he has established his credentials as one of the best all-rounders in the world at present. Stokes has 920 runs and 28 wickets under his belt in 48 IPL matches. He was released by Rajasthan Royals this year but is expected to fetch a big amount at the mega auction.

Chennai Super Kings (CSK) had to let go of one of their most consistent batters over the last couple of years due to the 4-player cap on retentions. CSK decided to keep all-rounder Moeen Ali over Faf due to his all-round abilities but will be trying their best to get the Proteas batter back in the mega auction. Du Plessis played a key role in CSK's IPL triumph in the 2021 season with 633 runs from 16 matches as he finished 2nd on the list of highest run-getters of the season behind only his opening partner Ruturaj Gaikwad, who notched up 635 runs and was retained by the franchise for Rs 6 crore (INR 60 million).

One of the best fast bowlers in the world and a force to reckon with in IPL over the years, it came as a surprise to many when Delhi Capitals decided to release Kagiso Rabada and keep Anrich Nortje. Rabada has been a prolific wicket-taker in the IPL with 76 wickets in just 50 IPL matches. He was the leading wicket-taker of the tournament in IPL 2020 with 30 scalps in 17 matches.