'ATK and Mohun Bagan will be torchbearers in Indian football': Sourav Ganguly 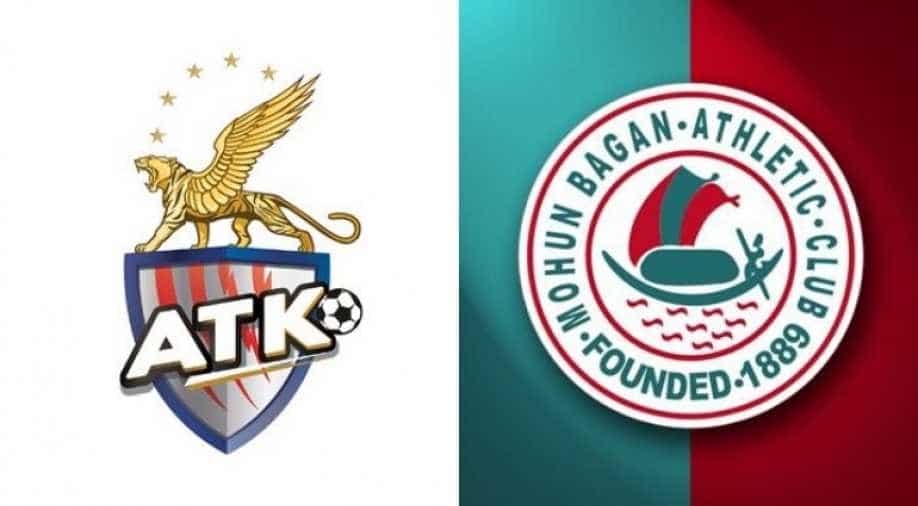 In the deal struck by the two teams, ATK will hold 80 per cent of the team's shares whereas Mohun Bagan will have just 20 per cent.

ATK (previously known as Atlético de Kolkata) and Mohun Bagan have finally merged into one entity. Indian Super League took to twitter to confirm the news.

The six-years-old ISL team's merger with the 130-years-old I-League team is monumental as said by BCCI president Sourav Ganguly. He tweeted to congratulate both the teams. He said: "A momentous partnership for Bengal football. I have no doubt ATK and Mohun Bagan will be torchbearers of moving Indian football forward together.
@IndSuperLeague"- @SGanguly99

A momentus partnership for Bengal football. I have no doubt ATK and Mohun Bagan will be torchbearers of moving Indian football forward together.@IndSuperLeague https://t.co/zVHJsPxKip

In the deal struck by the two teams, ATK will hold 80 per cent of the team's shares whereas Mohun Bagan will have just 20 per cent.

Swapan Sadhan Bose, Chairman, Mohun Bagan Football Club (India) Pvt Ltd said in an official statement that "In this context, I am very thankful to India's one of the most well-known industrialists and our Kolkata's very own Dr Sanjiv Goenka for his investment through RPSG. Their vision on Indian football aligns with our philosophy and our combined forces will surely take the club to bigger and greater heights. In this respect, it is a red-letter day in the history of this iconic institution".

The new deal comes into existence from June 1. They will take part in the ISL (2020-21) and other important AIFF competitions as one team.

The logo and jersey of the team are yet to be decided, Mohun Bagan officials have said that the essence of both the clubs would be preserved.

The official press release of Mohun Bagan regarding new investor is available in the official websitehttps://t.co/NifBXQbugJ pic.twitter.com/4QU4evdW7m

ATK coach Antonio Lopez Habas is likely to be the head coach of the team. Few players of both the teams will be retained and they will look for new players to compete in the next ISL season.

Fans of both teams have expressed disappointment over the new merger.

But Swapan Sadhan Bose assured fans that the legacy will continue, "I can assure millions and millions of Bagan supporters spread across the globe, that the poetry will continue. Now that the prose is ready to lend a helping hand".