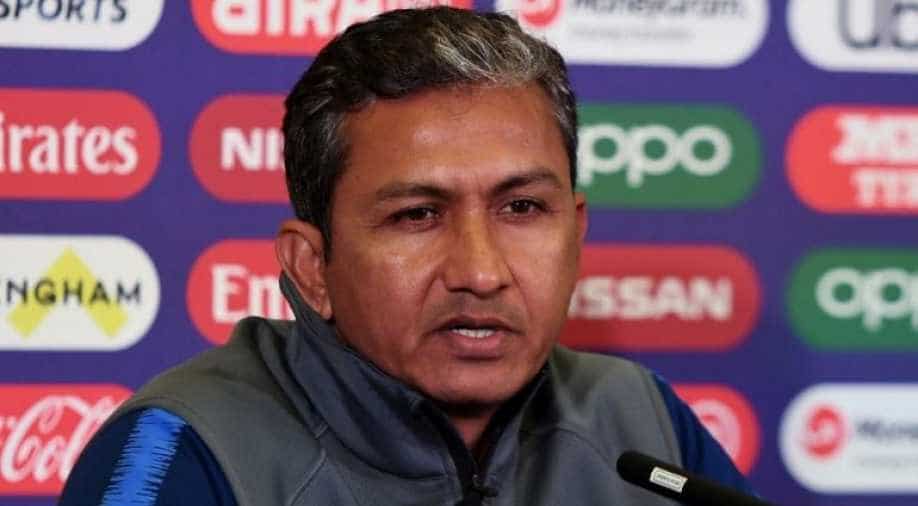 Rishabh Pant on Friday continued his fearless approach in international cricket as he left everyone awestruck with his reverse-swat against Jofra Archer in the first T20I between India and England at the Narendra Modi Stadium in Ahmedabad.

Archer bowled a length delivery clocked at 141 kph, however, Pant, showing sheer audacity, reverse-swatted the English speedster for a massive six. This was not the first time Pant has reverse-swatted an English bowler in the ongoing full-fledged series.

"To play a shot like that against a bowler who is bowling at 140-150 kph and that too when Jofra Archer followed him after seeing him getting into a position for a shot like that, and despite that he got bat to ball is praiseworthy. I was left astonished with his talent, ability, and where the skill level has gone," Bangar said on Star Sports.

"He is a special player, he is a match-winner and stroke-maker. And sometimes he will get out playing such shots. So, it will be necessary that he is encouraged to play his natural game and he will then be able to win the maximum matches for the team, the way he did in Australia.

"He did not get much batting before the Australia tour, he did a lot of hard work. He is playing in the same fashion, he is a game-changer who wins matches for his team," Bangar signed off.

Earlier in the Test series, Pant reverse-swatted legendary pacer James Anderson as fans and pundits hailed the southpaw for showing immense courage against one of the greatest bowlers of all-time.