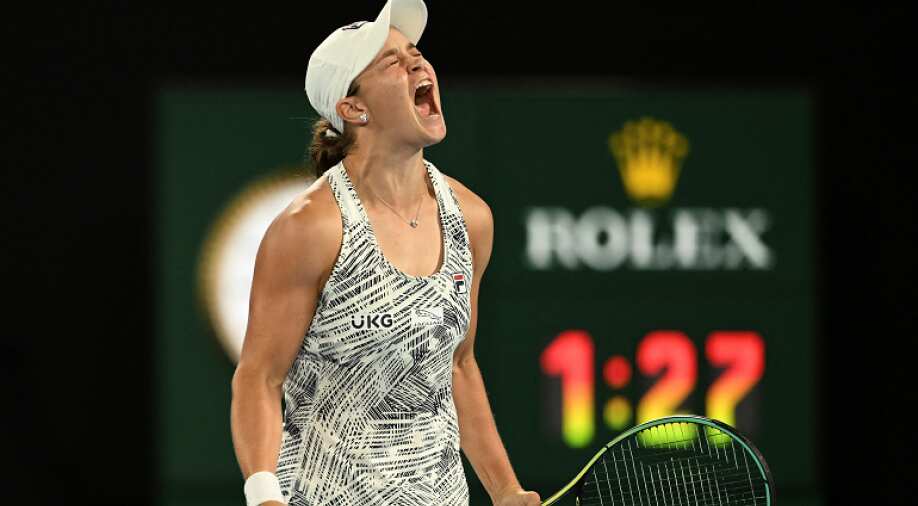 Ashleigh Barty lived up to the home favourite tag at the Australian Open 2022 as she became the first Australian to win the home Open after a long wait of 44 years on Saturday (January 29). Barty defeated 27th seeded American Danielle Collins 6-3, 7-6(2) at Melbourne Park in the final to lift the women's singles trophy. It was a dominant performance from Barty, who came back from 5-1 down in the second set to win the final in straight sets.

The Australian remained in brilliant form throughout the tournament and got the better of the likes of Jessica Pegula and Madison Keys to enter the final of the Australian Open 2022. Despite being burdened by history in the final clash, Barty was up for the challenge and dominated the proceedings in the first set. She won the first set comfortably by 6-3 after forcing Collins into errors.

However, Collins made a superb comeback in the second set and showcased why she has been deemed as one of the future superstars of the game by attaining a 5-1 lead. Barty, who hadn't dropped a set in the tournament, was on the verge of losing her perfect record. The Australian fought back and went on to win the tie-break to clinch the second set 7-6(2) to secure the women's singles crown.

Barty managed to keep her perfect record of not dropping a set at the Australian Open 2022 intact as she became the first Australian after Chris O’Neil (1978) to become a home champion at the Aus Open. This is the third Grand Slam title for Barty, who had won the Wimbledon title last year and the French Open crown in 2019.

Collins, 28, was playing his first Grand Slam final but showcases incredible composure against a seasoned campaigner in Barty. She almost took the second set away from the Australian before a raging fightback. Collins is set to make it to the top ten rankings for the first time after her best-ever run in a Grand Slam.

“It’s been one of my favourite experiences. You guys have been nothing short of exceptional. You relaxed me and forced me to play my best tennis," said Barty thanking the crowd after her memorable victory.

“This is just a dream come true. I’m so proud to be an Aussie," she added.