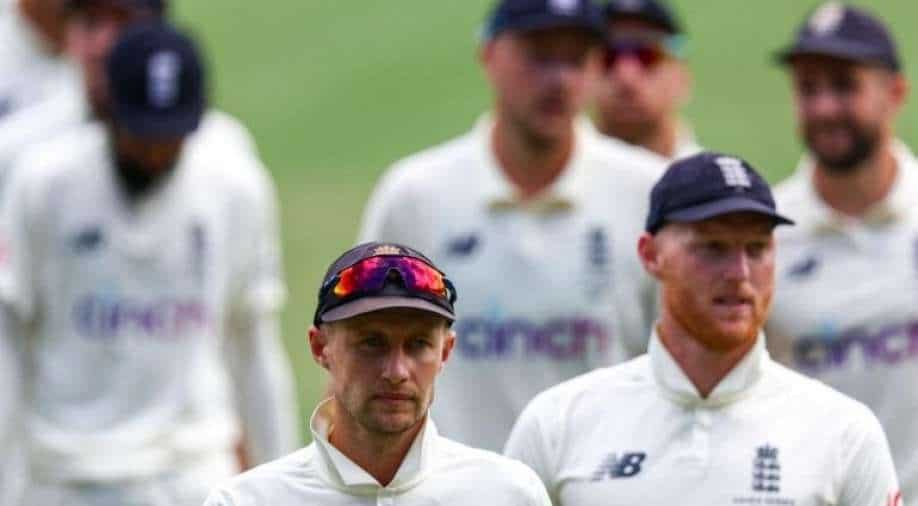 Australia's Travis Head was also penalised 15% of his match fee for violating Level 1 of the ICC Code of Conduct.

England team has been fined 100% of its match fee and docked five ICC World Test Championship points for maintaining a slow over-rate against Australia in the first Test, which was lost in Brisbane.

The fine was handed by David Boon of the Elite Panel of Match Referees after Joe Root's team was found to be five overs short of the target when time allowances were taken into account.

According to Article 2.22 of the ICC Code of Conduct for Players and Player Support Personnel, which deals with minimum over-rate offences, players are penalised 20% of their match fee for each over in which their team fails to bowl in the allocated time.

Meanwhile, Australia's Travis Head was penalised 15% of his match fee for violating Level 1 of the ICC Code of Conduct.

Head was judged to have violated Article 2.3 of the International Cricket Council's Code of Conduct for Players and Player Support Personnel, which deals with "use of an audible obscenity during an International Match."

In addition, one demerit point has been added to Head's disciplinary record, as this was his first offence in a 24-month period.

On Thursday, in the 77th over of Australia's first innings, Head used unacceptable words after being defeated by a Ben Stokes pitch.

"Head admitted the offence and accepted the sanction proposed by the Match Referee and ratified by the ICC Cricket Operations department as per the COVID-19 interim playing regulations. There was no need for a formal hearing," the statement continued.

Level 1 violations result in a minimum of an official reprimand, a maximum penalty of 50% of a player's match fee, and one or two demerit points.