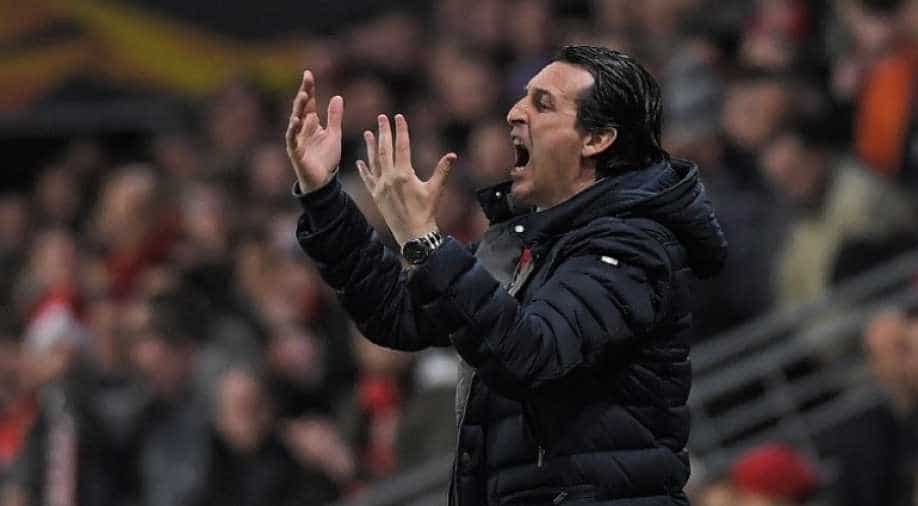 Just a point separates Arsenal and Manchester United in the Premier League table.

Arsenal manager Unai Emery said that each player needs to put in their 100 per cent as they get ready to host in-form Manchester United in the English Premier League on Sunday.

During the pre-match conference, Emery said, "We know Sunday will be a tough match. It's for everybody an amazing match with very good players and we are going to play at home with our supporters."

He added, "We need a very big performance from each player and tactically like a team."

The Gunners lost 3-1 at Rennes in the UEFA Europa League on Thursday, whilst the day before United qualified for the UCL quarter-finals with an incredible comeback to beat Paris St-Germain.

Manchester United look to end the historic week with a 15th win in 18 games under Ole Gunnar Solskjaer.

Still unbeaten domestically since Solskjaer took charge, United head to the Emirates Stadium - a ground where they beat 'the Gunners' 3-1 in the FA Cup in January.

"I am looking forward also to playing against a team like Manchester United, and how they are in this moment with each player, with a very big confidence after the match on Wednesday (win over PSG in the UEFA Champions League)," said Emery.

Just a point separates the sides in the Premier League table.