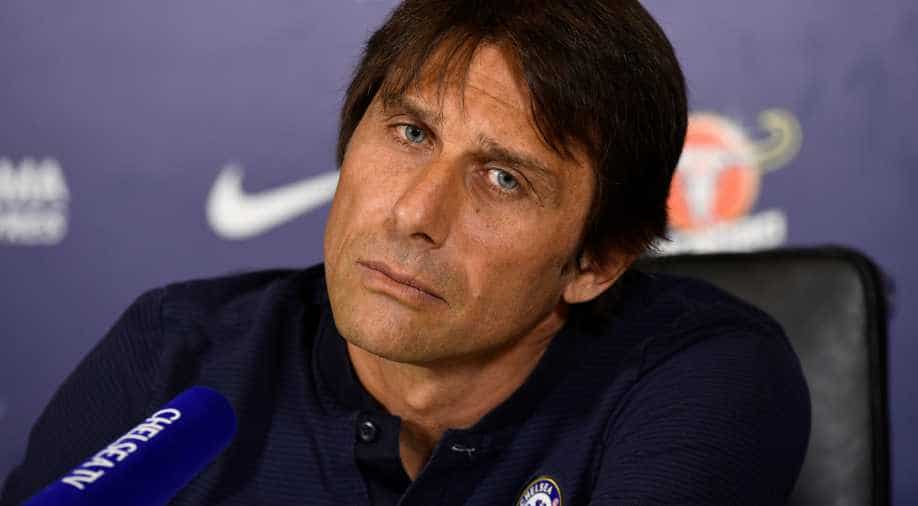 Chelsea manager Antonio Conte said he is focused on making sure his side finish the season with a trophy in Saturday's FA Cup final against Manchester United rather than commenting on speculation over his future at Stamford Bridge.

A 3-0 defeat at Newcastle United on the final day of the Premier League season ended Chelsea's hopes of Champions League qualification as they finished fifth in the standings.

According to British media reports, Conte is expected to leave the London side at the end of the campaign after disagreements with the club hierarchy over transfer policy.

When asked if the final at Wembley will be his last game with Chelsea, Conte said: "I don't know.

"For sure I think we must be focused on tomorrow's game. For us this game is very important because we have, in a difficult season, to finish the season with a trophy.

"It's always important for the players, for the coach, for the manager, for our fans, for the club, to finish the season with a trophy.

"We're focused on this target. We have to try to do everything to win the game tomorrow."

The duo have been involved in a war of words since the start of last season but they shook hands during their league meeting at Old Trafford in February.

"There is a normal relationship between him and me," Conte added. "I will shake his hand tomorrow, for sure. And then we will think about the game."

"At the moment we have nothing," the 27-year-old Belgian told reporters. "We are not qualified for the Champions League next season, so this season has been bad.

"We can save a little bit of the season with this trophy, so we will give everything. I never won the FA Cup in six years. I hope this year is for me and for Chelsea."