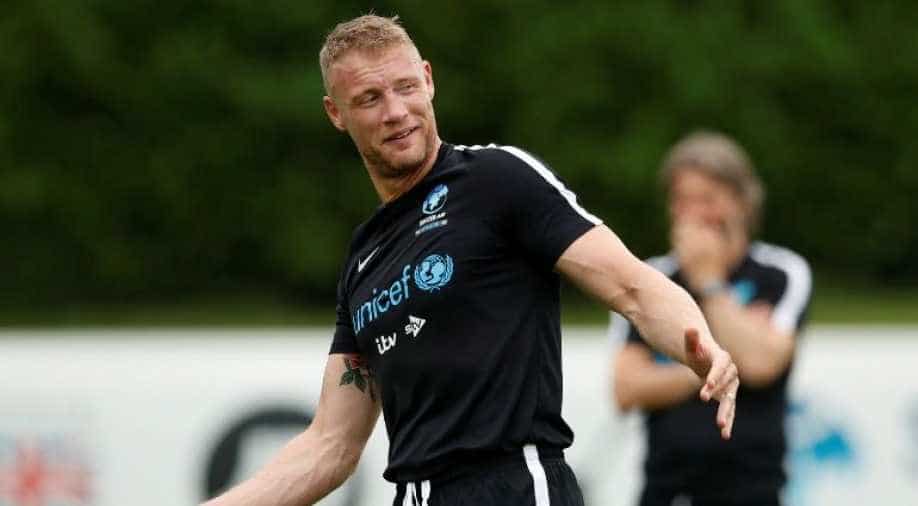 Former England star Andrew Flintoff has revealed he dreams of coaching the national team in the future.

Flintoff called time on his international career in 2009 and has been working as a television presenter recently after a brief foray into boxing.

The all-rounder hopes to return to cricket in a coaching capacity and already has lower-level qualifications.

England are currently looking for someone to replace Trevor Bayliss who is due to step down at the end of the current Ashes series against Australia.

Flintoff, who helped England win the Ashes as a player in 2005 and 2009, concedes it is too soon to expect to get the job now.

But the 41-year-old refused to rule it out in the long-term.

"Coaching is definitely an ambition. There are probably two or three coaching jobs I'd like - England, Lancashire or Lancashire Academy," he told BBC radio's Test Match Special programme on Friday.

"I'd love to be England coach one day, just not quite yet."

Flintoff, who played his county cricket with Lancashire, has already done some coaching work with the Under-13 side at his old side.

"I've got two of my coaching levels - me and (former England team-mate) Steve Harmison might do our level threes soon," he said.

Flintoff, who played 79 Tests and 141 one-day internationals for England, revealed he applied for the national team coaching job when it became available in 2014.

But he was not taken seriously and the role went to Peter Moores.

"A few years ago I applied for the England coaching job - we were getting beat, I was in the office and thought, 'I'm going to apply'," Flintoff said.

"I wrote an email for the interview, a month passed and I'd heard nothing. I chased it up, then I got a phone call saying they thought it was somebody taking the mick!"