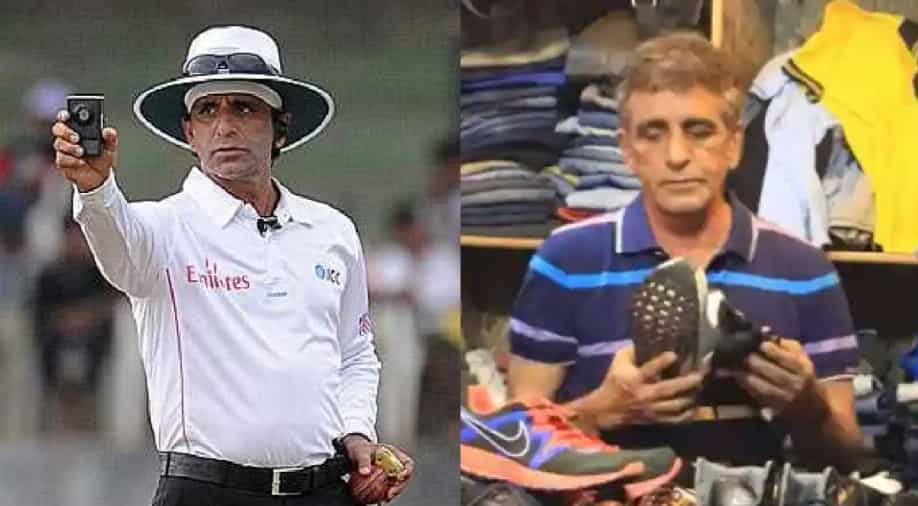 Tainted Pakistani umpire Asad Rauf said the allegations of match-fixing came from BCCI which ended his career in cricket and forced him to run two shops in Lahore.

Tainted Pakistani umpire Asad Rauf currently runs two shops in Lahore's Landa Bazaar in Pakistan to make ends meet after leaving cricket. He was banned by the Board of Control for Cricket in India (BCCI) for five years in 2016 after being found guilty of being involved in match-fixing and spot-fixing. Allegations of betting in Indian Premier League (IPL) matches were also levelled against him leading to the official ban.

Rauf was a member of the ICC Elite Umpire Panel from 2006 to 2013 and officiated in 170 international matches from 2010 to 2013. He was one of the regulars in the Indian Premier League (IPL) but his umpiring career went downhill after fixing allegations were first levelled against him in 2013.

Images of Rauf from his shop in Pakistan's Lahore went viral on social media a few days back after a local Pakistani channel interviewed him. The former umpire claimed he has not followed cricket since 2013. Rauf also went on to claim the allegations came from BCCI and that the board's decision to ban him was final.

"Unse mera toh koi lena dena tha hi nahi, wo unhi (BCCI) ki taraf se aaye aur unhone hi decision le liye (I had nothing to do with these issues, the allegations came from the BCCI’s side and they took the decision on me themselves)," said the former Pakistani umpire.

The International Cricket Counil (ICC) had withdrawn Rauf's name from the Elite Umpire Panel after his name cropped up in the IPL spot-fixing scandal in 2013. Back then, it was alleged that the former Pakistani umpire took gifts and bribe from bookies. He was also charged for illgeal betting, cheating and fraud by the Mumbai police but denied the allegations before being found guilty.