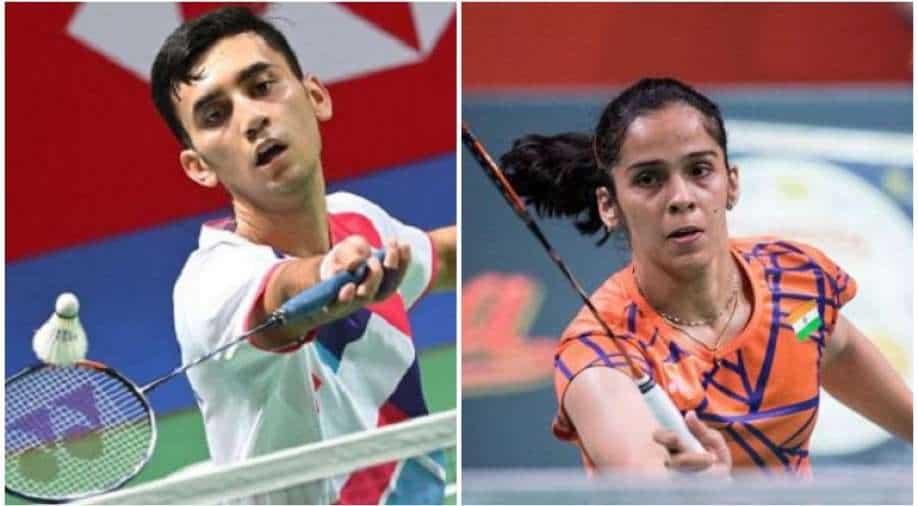 Lakshya Sen defeated the world number three Anders Antonsen at the All England Open 2022 while Saina Nehwal tried her best but was unable to stop Japan's world number two and second seed Akane Yamaguchi in the women's singles event.

Lakshya Sen defeated the world number three Anders Antonsen at the All England Open 2022 on Thursday to reach the quarter-finals of the men's singles event.

The unseeded Indian defeated the third-seed Danish shuttler by 21-16, 21-18 in a match that lasted for 55 minutes here at Utilita Arena Birmingham.

Playing at court 1, the 20-year-old Sen gained a two-point advantage at the first break in the match. With the lead in hand, the Indian never looked back as he claimed the first game very easily.

The third-seeded Dane did try to fight back against the world number 11 in the second game as the score was 14-14. But the Indian soon shifted his gears and broke the resistance of Antonsen to claim the match.

It was a very close-run match which the Japanese star won in three games. The pair traded the lead in the first game, but it was Yamaguchi who drew the first blood.

In the second game, the Indian who is celebrating her 32nd birthday, controlled the rallies from the get-go and eventually forced the decider.

Reigning world champion Yamaguchi looked comfortable in the third game as she triumphed 21-14, 17-21, 21-17 in a match that lasted for 50 minutes.

This is the first BWF Super 1000 event of badminton's 2022 BWF World Tour and will culminate with the finals on March 20 at the Arena Birmingham in England.