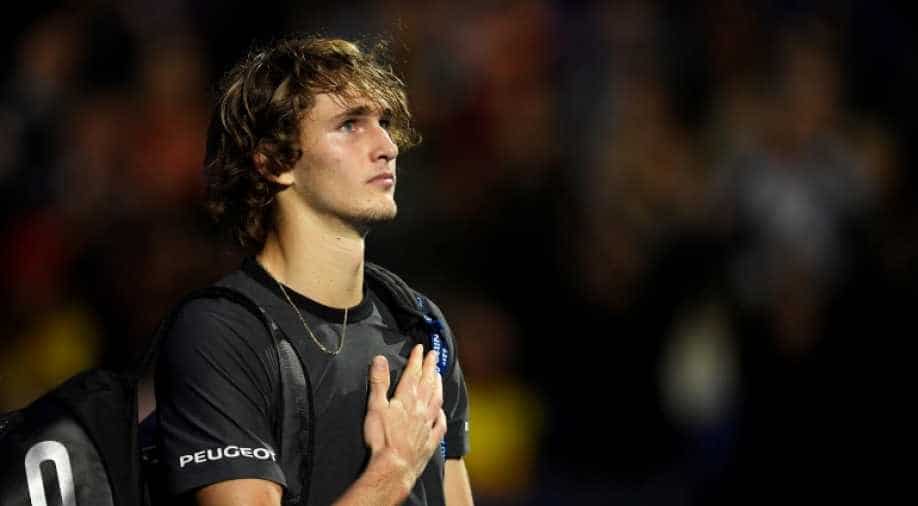 Despite celebrating, Zverev was shamefully booed and heckled during his post-match speech.

Alexander Zverev defeated Swiss star Roger Federer 7-5, 7-6 (7-5) in the semis of ATP Finals and became the first German tennis player since Boris Becker in 1996 to make it to the title match.

"Federer, who is 16 years older than 21-year-old Zverev, had been pursuing the 100th title of his illustrious career this week and now drops to 10-5 in semi-finals at the season finale, which he first won in 2003 when the tournament was played in Houston," ATP's official website stated.

Rather than being able to celebrate to reach the final of a tournament, which is often dubbed "the fifth slam", he was shamefully booed and heckled during his post-match speech.

The match ended on an unsavoury note due to an incident during the tie-beak when a ball boy dropped a ball during a rally. Zverev rightly asked for a let, but the Federer fans in The O2 crowd were unhappy that the point was replayed and booed him.

Zverev apologised to Federer but admitted he was upset about the incident.

One match away from the 🏆@TennisTV highlights as Sascha Zverev defeated @rogerfederer to secure his place in the #NittoATPFinals title match 👇#SuperSaturday pic.twitter.com/zlyKtRA5Kq