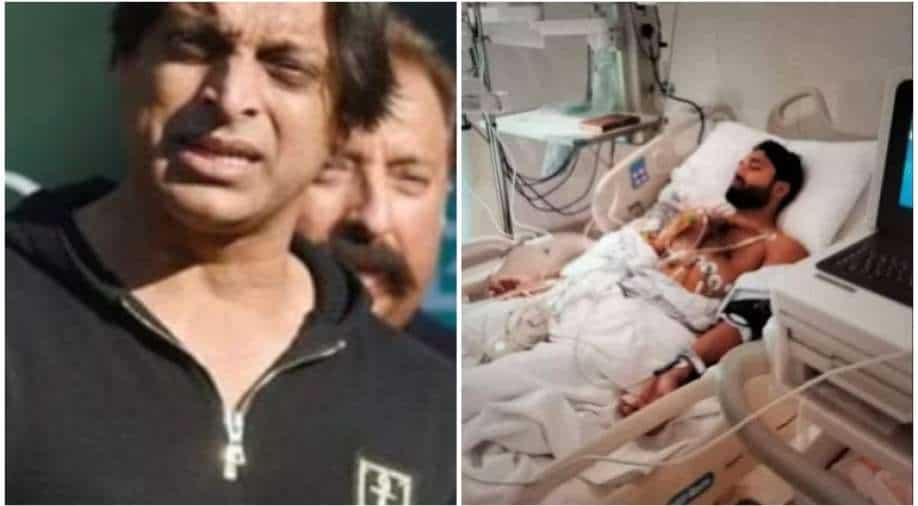 After the riveting semi-final between Pakistan and Australia, Shoaib Akhtar lavished huge praise on Mohammad Rizwan. Here's what he wrote:

Mohammad Rizwan played a sensation 67-run knock in Pakistan's T20 World Cup 2021 semi-final clash versus Australia on Thursday evening (November 11). Courtesy his heroics with the bat, the Babar Azam-led Pakistan side posted a competitive 176-4 in 20 overs after being asked to bat first in the second semi-final, at the Dubai International Cricket Stadium, Dubai.

The Men in Green couldn't defend the total, despite reducing Australia to 96-5, as Matthew Wade and Marcus Stoinis' unbeaten 81-run stand took the Aussies home. Nonetheless, the former Pakistan pacer Shoaib Akhtar lavished praise on Rizwan for his sportsmanship and commitment towards the country and national side. For the unversed, Rizwan had a flu and spent two nights in Dubai's ICU, prior to the semi-final clash, after he had reportedly developed a severe chest infection, which needed medical attention. Despite his situation being far from ideal, the wicketkeeper-batsman turned up for the knockout clash versus Australia and performed superbly.

Thus, Akhtar wrote on Twitter, "Can you imagine this guy played for his country today & gave his best.
He was in the hospital last two days.
Massive respect
@iMRizwanPak
.
Hero."

Can you imagine this guy played for his country today & gave his best.
He was in the hospital last two days.
Massive respect @iMRizwanPak .
Hero. pic.twitter.com/kdpYukcm5I

Rizwan 67 and Fakhar Zaman's 32-ball 55* were overshadowed by Wade and Stoinis' finishing knocks as Aaron Finch-led Australia entered their second final in the T20 WC history, beating favourites Pakistan by five wickets in pursuit of 177. They will now face New Zealand in the summit clash, at the same venue, on November 14 (Sunday).

After the defeat, Captain Babar said at the post-match presentation, " I thought we scored as many runs as we had planned in the first innings. I think if we give such teams a chance in the back end, it is going to be costly. The turning point was that dropped catch. Had we taken it, the scenario could have been different. The way we gelled and played the entire tournament, I am satisfied as a captain. Hopefully we'll learn from this for the next tournament. When you play so well throughout, there were small mistakes that cost us the match in the end. We gave players roles and they executed it really well. The way the crowds supported us, we enjoyed a lot as a team. We always enjoy playing here."