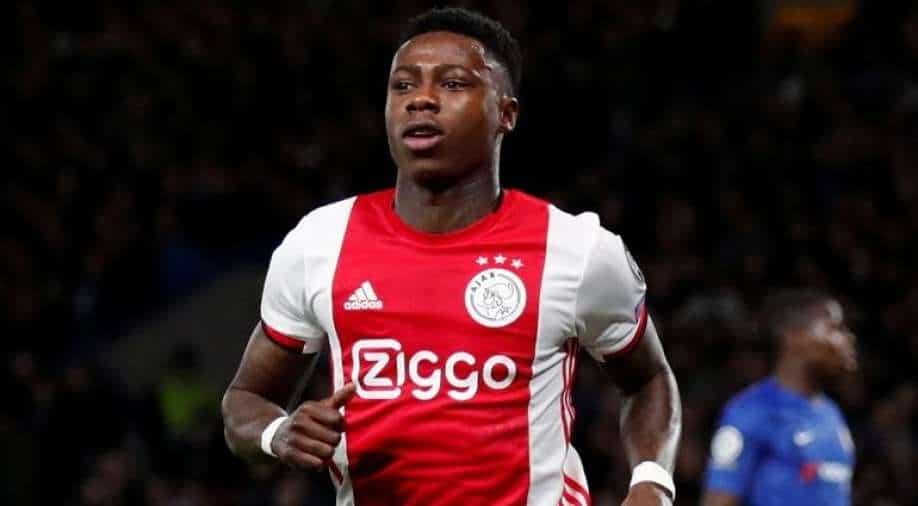 According to the spokesman, the 28-year-old player was arrested in Amsterdam on Sunday morning.

Ajax forward Quincy Promes has been arrested by police in Amsterdam over his alleged involvement in a stabbing in July, as it was reported by Dutch newspaper De Telegraaf.

According to the spokesman, the 28-year-old player was arrested in Amsterdam on Sunday morning. The arrest was made in relation to the stabbing of a man in July in the neighbouring town of Abcoude, but he did not confirm the man's identity.

Dutch club Ajax could not be reached for comment.

As per the report in de Telegraaf, the incident happened at a family reunion hosted by Promes on the premises of a company he owns. The paper said the player got into a fight with one of his relatives there and stabbed him.

The man, who was stabbed and was seriously injured, pressed charges last month.

According to de Telegraaf, Promes did not show up for practice at Ajax on Sunday. Promes has previously played for Sevilla FC and Spartak Moscow. The player has featured in 47 international matches for his country (Netherlands) and has scored seven goals. On Saturday, he scored Ajax's second goal in their 4-0 win over PEC Zwolle.