After ton, I was thinking don't burst into tears: Ashes centurion Steve Smith 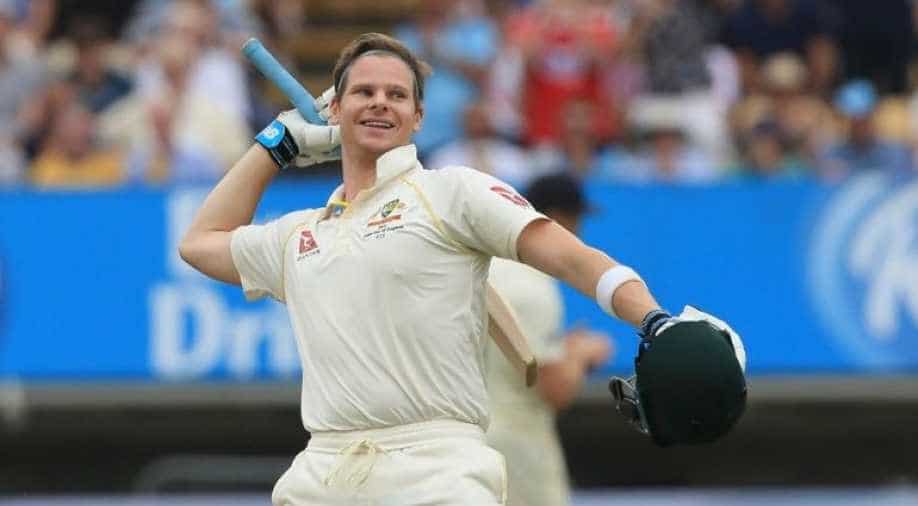 Smith hit 144 and 142 as Australia beat England by 251 runs at Edgbaston to win the opening game of the five-match Ashes series.

An emotional Steve Smith said his brilliant contribution to Australia's first-Test humbling of England was a dream come true after the pain of his ball-tampering ban.

Smith hit 144 and 142 as Australia beat England by 251 runs at Edgbaston to win the opening game of the five-match Ashes series.

It was a personal triumph for the 30-year-old, who was playing in his first Test since a 12-month ban for his role in last year's shocking ball-tampering scandal on Australia's tour of South Africa.

"It feels pretty special, winning the first Test in England is really special. It feels great, I'm loving being back playing cricket for Australia, doing what I love and contributing to wins," Smith said.

"To score two tons in a match - the first time I've done that in any form of cricket in my life - is very special and I'm very proud."

Smith's appetite for runs is such that he is being compared to Australia sporting icon Don Bradman, widely regarded as the greatest-ever Test batsman.

Bradman, in a career spanning the years either side of World War II, averaged a staggering 99.94 in 52 Tests including 29 centuries.

Out of the batsmen to have played at least 20 Test innings, Smith's career average of 62.96 is second only in the all-time list to that of 'the Don'.

And by becoming just the fifth Australian to score hundreds in both innings of an Ashes Test, Smith has an achievement that eluded even Bradman.

Smith, who has now scored 25 tons in 65 Tests, revealed he had lost his passion for cricket as a result of his ban and an elbow injury, but he is now fully motivated again and reaping the rewards.

"I didn't dream about how I would come back. I was just letting time pass and when I got my elbow brace off after surgery something clicked and I was ready to play cricket again. I did lose that love for a little bit but I'm back doing what I love now and it's great," he said.

Smith changed the tone of the match, leading Australia to 284 all out in their first innings from a perilous 122-8.

"When I got that first hundred I was just thinking, 'don't burst into tears.' That was as special as my first hundred back in 2013. It was a relief to get it out of the way," he said.

"I copped a bit of stick out there (over the ball-tampering incident) but I'm not paying much attention to that and fortunately we've got a good Aussie contingent here. They're creating a good atmosphere for us and we're grateful for it."