'Best match of my life', tweets Saina Nehwal after her wedding with Parupalli Kashyap 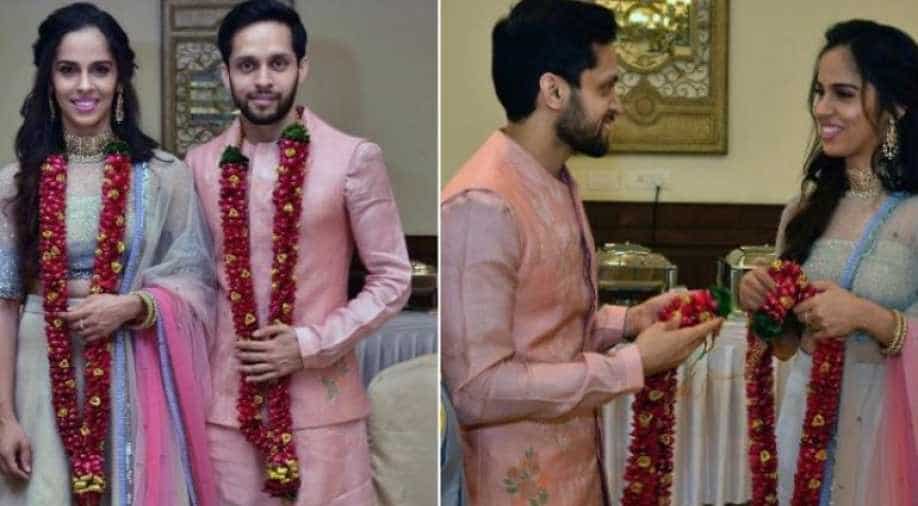 Nehwal took to Twitter and posted pictures with her better half, captioning it, 'Best match of my life #justmarried.'

Shuttlers Saina Nehwal and Parupalli Kashyap got married on Friday. Nehwal made an announcement about the same on Twitter.

Nehwal took to Twitter and posted pictures with her better half, captioning it, "Best match of my life #justmarried."

Earlier, reports suggested that the ace badminton stars were due to tie the knot on December 16 in Hyderabad.

Kashyap on Thursday posted pictures of him performing some rituals along with his family members.

In an interview previously, Nehwal had briefly touched upon her relationship with Kashyap revealing that the bond goes almost a decade back. As per reports, the players had their interaction while training under Pullela Gopichand over a decade ago in 2005.

"In the competitive world that we live in, it is difficult to get close to someone. But somehow we both found it very easy to talk to each other," Saina told a leading newspaper earlier this year.

The 28-year-old said she had started dating Kashyap, 32, in 2007 after they began going on tours together but delayed the marriage in order to focus on their careers.