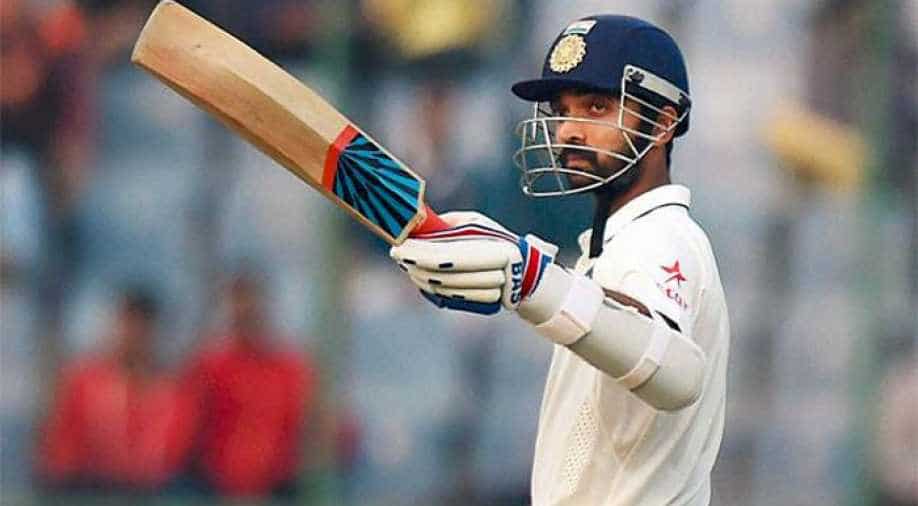 Ajinkya Rahane did not play in the first two Tests but has been called on the strength of a strong record in overseas Tests. Photograph:( Zee News Network )

India on Wednesday won the toss and opted to bat first against South Africa in the third and final Test at the Wanderers Stadium.

Since the loss, it is the playing XI that has been questioned on every occasion.

Queries about the constant chopping and changing of the team hadn’t gone down well with the losing captain.

#TeamIndia has won the toss and elected to bat first in the 3rd Test #SAvIND pic.twitter.com/SEpdvhhYIq

Gavaskar said the move will allow skipper Virat Kohli to have an extra batsman in Ajinkya Rahane, while also securing a place for Rohit Sharma.

"Clearly, going into an overseas Test series with just five batsmen has not worked. Since South Africa are thinking in terms of going in with an all-pace attack, it might make sense for India to go in with Rahane and have Rahul keep wickets," said Gavaskar to a leading daily.

Ajinkya Rahane has not played in the first two Tests but could be recalled on the strength of a strong record in overseas Tests.

The Wanderers could live up to its reputation as a haven for fast bowlers, especially after South African captain Faf du Plessis expressed his disappointment with the slowness of the Centurion pitch where South Africa clinched the series last week.

Kohli's teammates should point out his mistakes: Virender Sehwag

Also read: Virat Kohli has to be free from 'yes-men' in order to grow as Captain: Graeme Smith