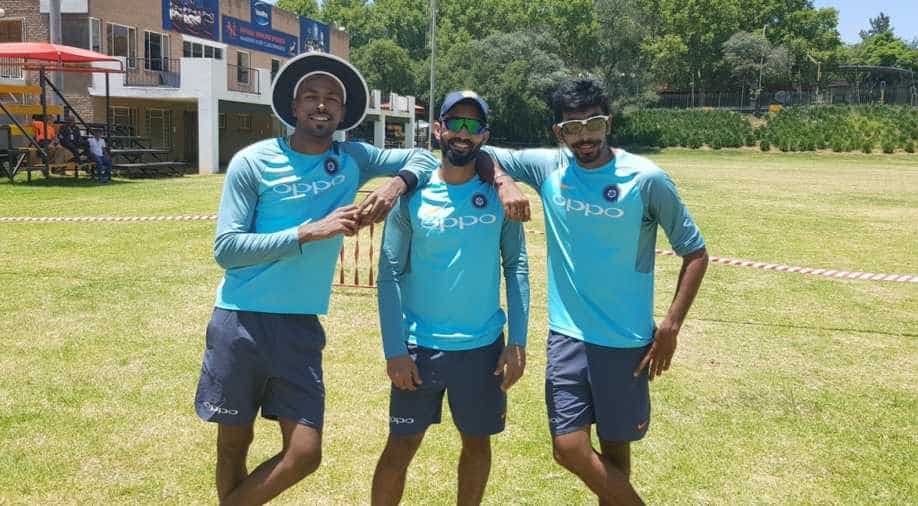 India is looking to avoid a series whitewash when they play against South Africa in the third and final Test at the Wanderers Stadium which will start from January 24.

The Indian batting line in both the previous matches suffered some serious damage. Although, Indian skipper Virat Kohli has hailed his bowlers, who have claimed 20 wickets in both Tests so far.

Recently, the team was criticised for taking a day out of practice session and planning a small trip to jungle safari instead of practice.

With such criticism going about, Virat's captaincy is currently under scrutiny. Many veteran cricketers have raised questions on Virat's decisions and team selection.

Even veteran cricketers are raising questions commenting on the team selection and game strategies.

He said that MS Dhoni's advice in the dressing room would have been invaluable.

"I would have actually liked him to maybe give up captaincy and still stay in the team as wicketkeeper-batsman," Gavaskar said.

The third and final Test is definitely a Litmus Test for team India and men in blue is training hard to salvage the pride.

WHACK! Out of the ground this one from @ImRo45 #TeamIndia #SAvIND pic.twitter.com/Bk3euApHG9

Alert! Slip cordon at it this moment #TeamIndia #SAvIND pic.twitter.com/jWXAB3Jhf6

India has a decent record at the Wanderers pitch they have yet to be beaten in Tests there, with a win and three draws going back to 1992/93.

Cheteshwar Pujara made 153 in the second innings of the 2013/14 match and India will be seeking an improvement from their number three batsman, who has made only 49 runs in four innings, including being run out in both innings in Centurion.

Ajinkya Rahane, who did not play in the first two Tests, had a lengthy net at the weekend and could be recalled on the strength of a strong record in overseas Tests.

Dinesh Karthik was flown in as a replacement for injured wicketkeeper Wriddhiman Saha and could play at the expense of Parthiv Patel, who had a poor game with the gloves in Centurion.

With their formidable fast bowling attack, coupled with more resolute batting and better fielding in the first two Tests, South Africa will again start favourites although they will be wary of a potential Indian backlash. Rain could interfere with play on as many as four days.